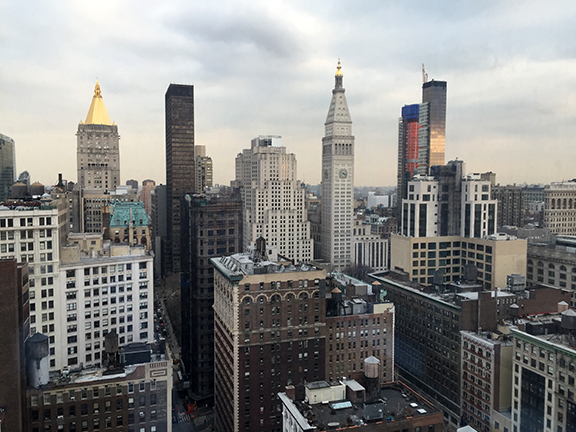 The two most useful things I’ve learned over my lifetime are how to type and how to navigate the New York City subway.

I lived in the city from 1997 until 2008 and when I go back now, eight years later, it’s kinda like going home home except I sleep in a hotel and someone makes my bed for me every day.

Beyond my duties appearing on a panel and making a few politesse appearances at the Vino 2016 Italian Wine Week event, I was free to roam the vinous landscape.

Hands down, New York remains the best wine destination in the U.S., where you can find nearly anything you want, from the arcane to the obscure, from the tried-and-true to the hip and chic.

First on my list was Roberta’s in Bushwick, where homey digs and Neapolitan-style pizza meet Natural wine.

I’m generally not a fan of housemade charcuterie but I loved the ‘nduja that our server recommended. 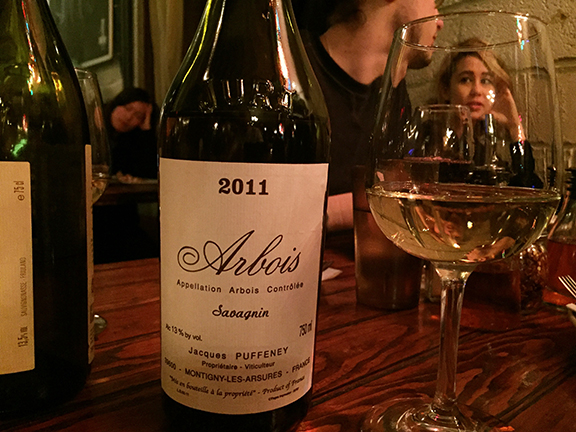 As soon as the staff sensed that we were “wine” people, a sommelier was sent to our table.

Keara D. was awesome: she knew her lists inside-and-out, had great recommendations based on our palates, and her wine service was impeccable.

She hooked us up with the Puffeney 2011 Savignin, one of those wines that are super hard to find in the U.S., at a great price.

Roberta’s is a dream destination for me. Solid pizza, cool people, and superb and reasonably priced list with lots of gems for folks like me. Thanks again, Keara!

Another dream place for me, Four Horsemen in Williamsburg was just the place to connect with Jameson Fink, one of my all-time favorite wine bloggers and now senior editor at Wine Enthusiast (and a super cool guy).

Where else in the world do you get splashed with Texier pet nat Chasselas? Thanks again, Will! 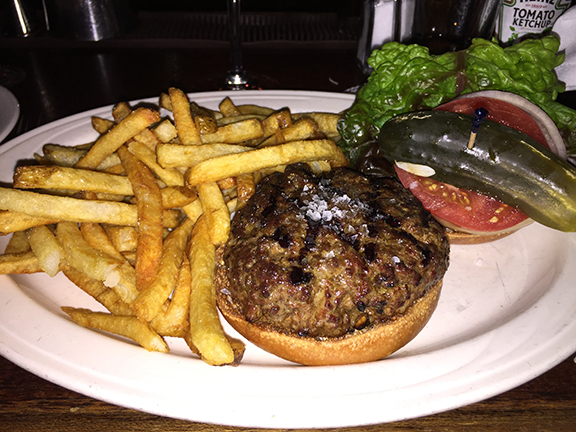 No trip to NYC is complete for me without a burger at my favorite steakhouse in America, Keens.

They really don’t offer a lot of wines by-the-glass that speak to me. But man, theirs is the apotheosis of the American burger in my book. Love that place. Great to see you, Bonnie!

Dinner there is above my pay grade, but I did pay a visit to Per Se to see an old friend from San Diego who’s been working there for some time.

Super fun to see him and get the tour of the wine cellar, kitchen, and dining room. I had no idea that there was a bar there with open seating where they serve a limited menu. Next time I take Tracie P to NYC, we’ll hit it up — worth it for the view alone. Thanks again, Nicholas! 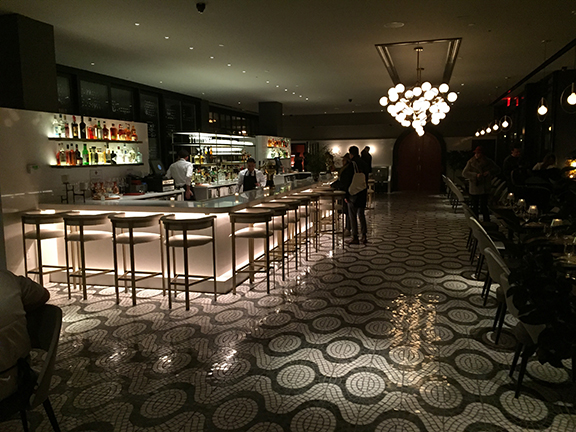 Dulcis in fundo, my friend and fellow Texan Jeff Porter gave me a short tour of La Sirena, Batali and Bastianich’s new gig on the west side.

It’s their answer to Balthazar, said the staff I met there after they had just finished up friends and family. 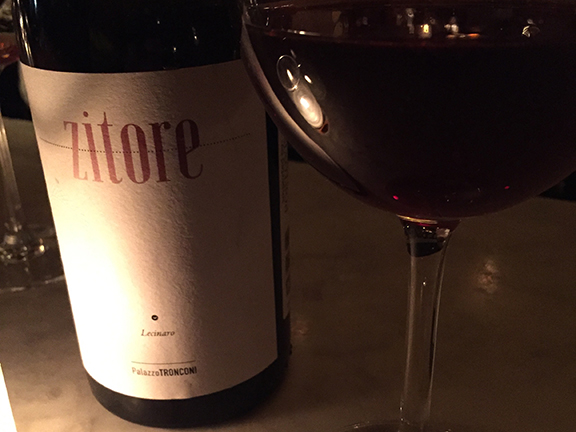 And only because it had to live up to its reputation as the city where I never sleep, Jeff and I made a very late-night visit to Lupa, where he hipped me to this Lecinaro (a native and recently revived grape from Latium) by organic grower Palazzo Tronconi. You can’t see its beautiful, delicate color in the photo but I loved the hue and its lightness and freshness in the mouth. Thanks again, Jeff!

Isn’t it kinda crazy and kinda cool that that the wine directors of two of Manahattan’s most important outlets for Italian wine — Marta (Jack Mason) and Batali & Bastianich group — are Texans? Both of them worked in Houston before moving to the city.

It made me think about how Houston has become a new epicenter for producing top-flight wine professionals in our country. Wine for thought…

That’s all the news that’s fit to blog about. Thanks for being here!

One thought on “Cool stuff I ate, drank, and saw in New York City”