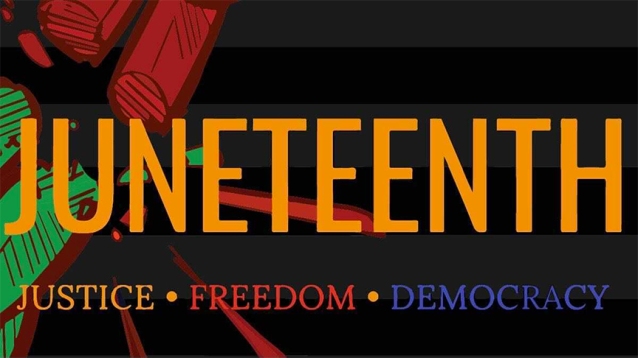 While many of our fellow Americans are just becoming aware of Juneteenth for the first time, the holiday has been celebrated here in Houston for generations. It was in nearby Galveston that Juneteenth had its origins. Before the end of the 19th century, it was already being observed each year in Houston proper.

In her recently published collection of essays about Texas, On Juneteenth (Liveright, May 2021), Harvard Law School professor Annette Gordon-Reed recounts her memories of celebrating the holiday when she was growing up in segregated Conroe, a city about an hour north of where we live today.

Fletcher was first elected to congress in 2018 in the blue wave that delivered the House to the Democrats. She was the first progressive to be elected in our district in a generation. Her seat was once held by George H.W. Bush back when Houston was still one of the most deeply segregated cities in the country.

Tracie and I will be celebrating by going out to dinner with good friends and taking the girls to some of the gatherings planned for tomorrow at the historic Emancipation Park (which also played a role in the early Juneteenth celebrations).

There couldn’t be a better day to be in Houston! Happy Juneteenth!