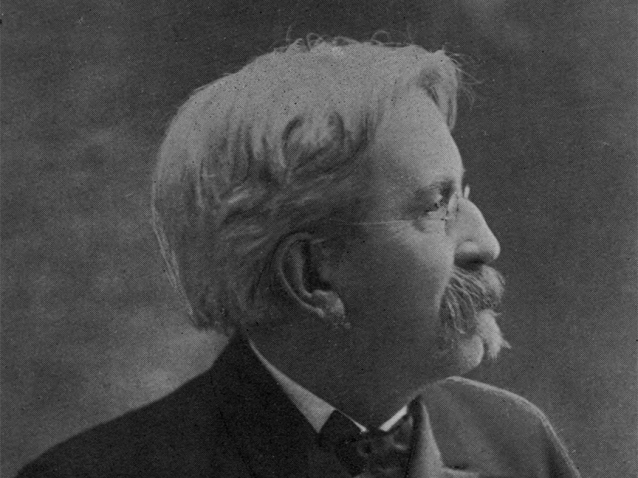 My research on the origins of the expression “Champagne socialist” led me this week to the man above, George Cary Eggleston, a Confederate memoirist and self-described “rebel” apologist.

It’s not clear whether or not he coined the expression. But he was among the first — if not the first — to use it in print.

The phrase appeared in his 1906 novel Blind Alleys, a parody of pseudo-intellectual society in America at the time.

“The Champagne socialist,” says one of the characters in the book, “wants everybody to be equal upon the higher plane that suits him, utterly ignoring the fact that there are not enough [C]hampagne, green turtle, and truffles to go round.”

After World War II, the expression evolved and acquired a slightly different meaning — the one we know today in the figure of the hypocritical elitist-socialist.

But in the first decade of the twentieth century, as the socialist movements in Europe and America were beginning to take shape, his character drew a distinction between the “beer socialist” and the “champagne [sic] socialist,” two equally misguided idealists in her view.

It makes for great reading, in part but no less because the author details some of the gastronomic mores of the day.

You can also read his account of his time as a Confederate soldier on The Atlantic website (his highly popular memoir was first published by the magazine in the late 19th century).

And you can read my holiday sparkling wine guide for Houston Press here. I had a lot of fun with it this morning and hope you enjoy it.

One thought on “Enough Champagne, green turtle, and truffles to go around: origins of the Champagne socialist”

Tracie, Georgia, Lila Jane, and I will be opening our home to anyone who would like to join us this Sunday for our Blow Out Hanukkah Party and Open Mic 2021.