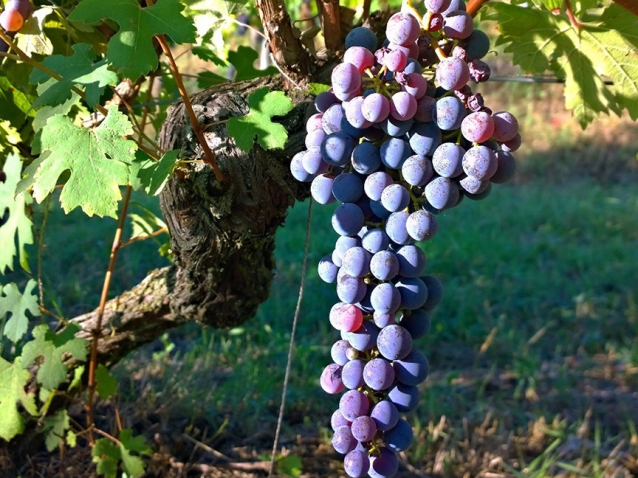 Above: Nebbiolo grapes ripening this week in an appellation that lies outside the hallowed Langhe Hills. If approved, new Piedmont appellation regulations would allow growers across the region to label their Nebbiolo as “Piemonte Nebbiolo DOC.” Currently, only growers in select townships can use the grape name in labeling.

According to a person familiar with their discussions, the Barolo-Barbaresco-Alba-Langhe-Dogliani Consortium and the Barbera d’Asti-Wines of Monferrato Consortium have agreed this week to move forward with the creation of a Piemonte Nebbiolo DOC.

The person spoke on condition of anonymity because details of the agreement have not yet been made public.

After the Asti-Monferrato Consortium circulated proposed language for a new Piemonte Nebbiolo DOC among its members in August, vice presidents of the Barolo-Barbaresco-Alba-Langhe-Dogliani Consortium Pietro Ratti and Aldo Vacca publicly shared their opposition.

“It’s obvious that the big producers have caught a whiff of a good bargain,” said Vacca in an interview published in La Stampa on August 24. “But if the goal is that of releasing great quantities of low-priced wines into the market, we run the risk of compromising the entire of balance of Nebbiolo” produced in Piedmont.

Current Barolo-Barbaresco-Alba-Langhe-Dogliani Consortium president Orlando Pecchenino and his predecessor Pietro Ratti had to concede their efforts to block creation of the new DOC had no foundation, said the person familiar with their discussions.

When the proposed language for the new DOC became public last month, many industry observers, including leading Italian wine writers, predicted that a Piemonte Nebbiolo DOC would cloud consumers’ perceptions of Nebbiolo. They fear that its creation could lead to overly aggressive expansion of Nebbiolo plantings in the region and subsequent degradation of the Nebbiolo “brand.”

Such an appellation “is simply unacceptable and depressing for a grape variety like Nebbiolo,” wrote Slow Wine Guide editor Giarcarlo Gariglio.

Other trade observers pointed out that the proposed language mirrored existing appellation regulations that already allow certain Piemonte DOC growers to write Nebbiolo on the labels of their wines even though they use grapes from vineyards outside the hallowed Langhe Hills, considered by many to be Nebbiolo’s spiritual home.

Others contended that a grape variety and its name cannot be claimed exclusively by a single appellation or group of associated appellations.

“International law does not allow for the simple name of a cultivar to be reserved and protected by an exclusive geographic designation,” wrote legal expert and professor Michele Antonio Fino, director of the Master in Italian Wine Culture at the University of Gastronomic Sciences in Pollenzo (Piedmont).