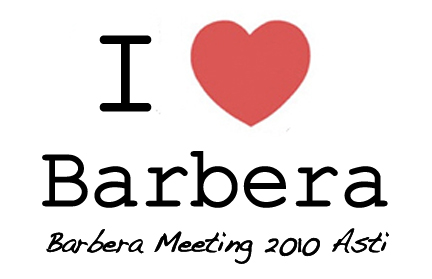 Today finds me “in the market” in Dallas… in other words, meeting with buyers, sommeliers, and a winemaker (you will not believe who! but I’ll reveal that later… let’s just say that I’ll be tasting a 100-point Parker wine today…).

Posting hastily but wanted to share the good news that I’ve been asked to be the official blogger for Barbera Meeting 2010 in Asti (Piedmont): four days of tasting and meeting with Barbera producers, March 8-11.

But the really super cool thing is that the PR firm who’s organized the tastings has asked me to bring some of my best blogging buddies and friends along for a veritable Barbera blogfest!

Not that I needed ANOTHER blog but here’s the blog I’ve created just for the event. The whole affair is pretty darn blogicious, if I do say so myself! And I am completely geeked to taste through scores and scores of wines with some of my favorite bloggers in the English-speaking world… 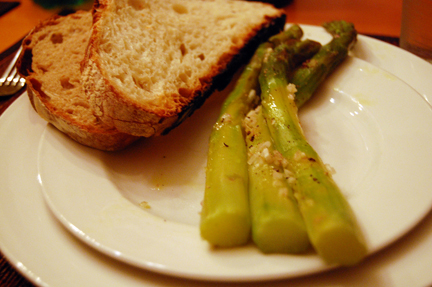 I can’t reveal the super-secret identities of the folks who had me over for dinner last night but suffice to say she’s a nationally renowned food writer and he’s a famous music writer.

Steamed giant asparagus and vinaigrette (with home-baked white and brown bread) and roast herbed chicken and potatoes were fantastic but the coolest thing was that he let all of the guests call out requests from his music library.

Mine was: “Thelonious Monk, 1957, New York City.” Famous French music writer then turned me on to a super cool recording I’d never heard before, Thelonious Monk Quartet with John Coltrane at Carnegie Hall in 1957. I know the Monk canon well and to hear different (new-to-me) versions of some of his classic was a real treat… and it paired nicely with the 1999 Tertre Roteboeuf. 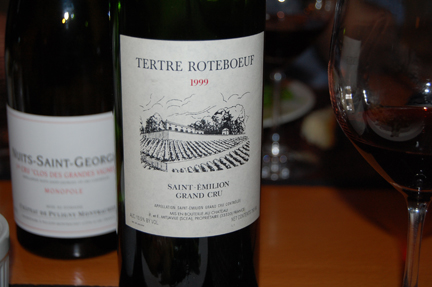 14 thoughts on “I heart Barbera (and some vintage Thelonious Monk)”