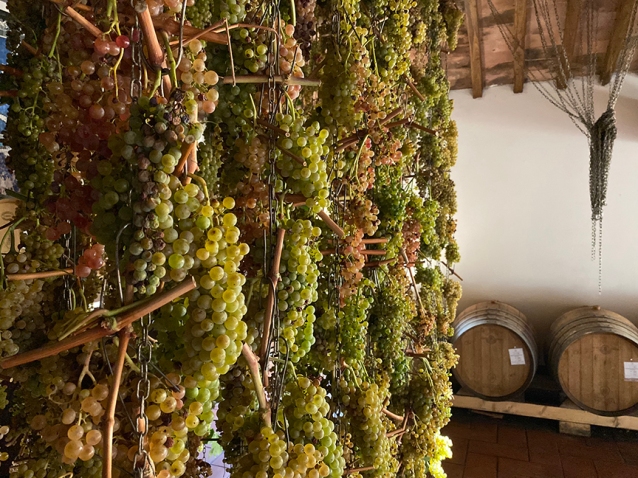 It seems that everyone in the Italian wine business loves to tell the story about how Chianti growers used to blend (white) Trebbiano into the (otherwise red) wines. Back then, they’ll tell you, before the “modernization” of Italian viticulture, Chianti was just another “rustic” wine. With a lot of character, yes. But not much refinement. Great for food but not worth the collector’s attention until the district’s post-modern era.

They all point to the famous blending “recipe” penned by Bettino Ricasoli, the Iron Baron and 19th-century Chianti patrician. It included Malvasia, yes, for wines to be consumed in their youth. And later, Chianti producers would use Trebbiano for blending their wines (thank you wine pro Jarkko Peränen for catching my oversight!)

But here’s what they are missing… and man, are they missing out big.

If you actually go back and read Baron Ricasoli’s letters to his friend and research partner, Cesare Studiati, a professor of agricultural sciences at the University of Pisa, you will find that Ricasoli came to two highly important realizations that would forever reshape Italian viticulture far beyond Chiantigiana’s borders.

The first was that acidity was the key to making wines with aging potential and more importantly shipping potential. That was the first big “wow” moment in Ricasoli’s writings. Acidity, he realized, kept the wine from oxidizing and it helped to prevent unwanted bacteria or other microorganisms from forming in the wine.

The second was his realization that Sangiovese grown in Tuscany’s limestone and clay-rich soils delivered the greatest results in terms of acidity levels, aromas, and flavors.

Think of that! At roughly the same time that Pasteur was studying yeast and fermentation (one of the major scientific breakthroughs of the era), Ricasoli was studying the role of acidity in wine.

Ricasoli famously grubbed up all other grape varieties at his Brolio farm in Gaiole in Chianti. He was convinced that native grape varieties represented the future for Italian wine. It’s another way that his and Chianti’s shared legacy continues to shape Italian wine today.

This is just one of the themes we will be covering when I lead a small seminar on Chianti at Vinology in Houston on Thursday, February 2.

We’ll be tasting six wines, including a Vinsanto from Chianti. Those are Trebbiano and Malvasia grapes (above) being dried for the production of Vinsanto del Chianti Classico at Castello di Volpaia (from my September trip to Italy).

I hope you can join us.