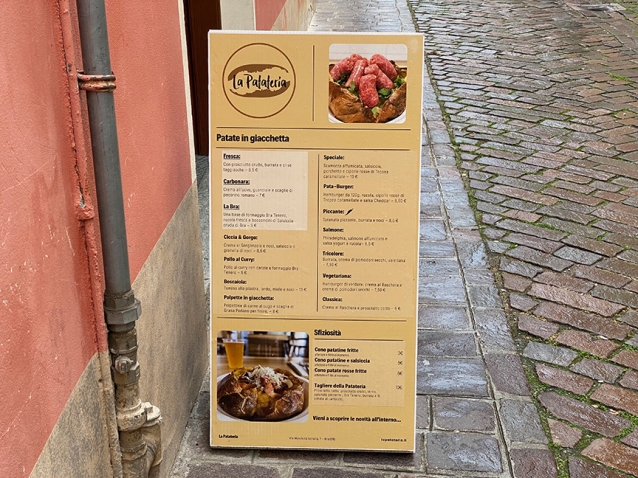 Today’s post is the fourth in a series on my favorite places to eat in (my) Bra (Cuneo province, Piedmont) where I teach at the Slow Food University of Gastronomic Sciences. The toponym Bra comes from the late Latin braida, meaning a suburban field for farming.

Italians’ obsession with American comfort foods has been one of the things that has puzzled me the most in the last ten years I’ve been traveling through Italy.

But I thought I’d seen it all when I stumbled upon a baked potato fast food shop in my Bra last month.

It’s called the Patateria (the Potato Shop) and it serves only patate in giachetta, literally potatoes in a jacket, the Italian rendering of loaded baked potato.

They even serve baked potatoes topped with my Bra’s famous raw veal sausage (more on that later in this series). I love baked potatoes and we make them every week at our house. But man, this was a bridge too far — even for this gastronaut. 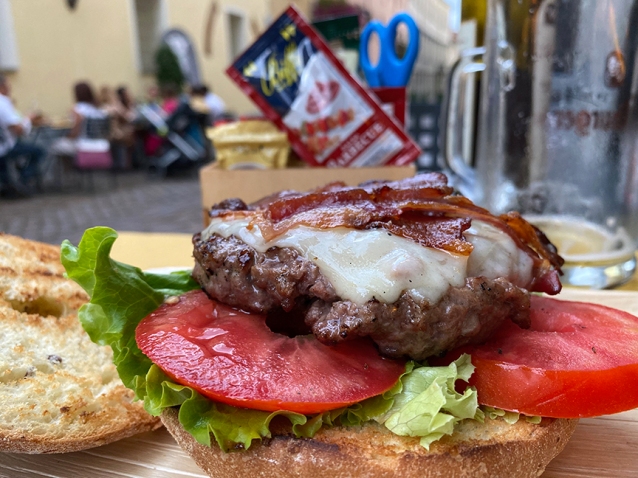 My Bra seems to be a laboratory for new fast food and casual food concepts. Last year when I visited, a new hamburger place had opened. It’s called OX Burgers.

During my first academic year in Italy in 1987, the only fast food burger we could get was at the Burghy in the Florence trains station. Since that, and really in the last 10 years or so, amburgherie (hamburger restaurants) have popped up all over the country and it’s rare that beer gardens and pubs don’t offer a wide range of American comfort foods. I’ve even had jalapeño poppers in Italy (they weren’t very good. 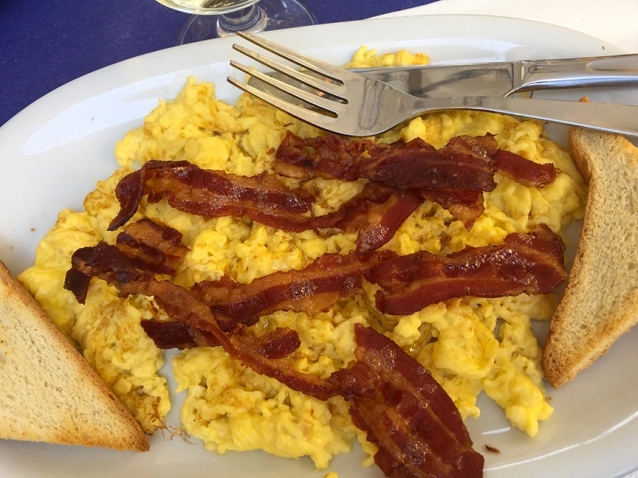 That’s “bacon and eggs” at a writerly café in Milan a few years ago. Not an American in sight but plenty of people eating American breakfast food — for lunch.

As nonplussed as I am by their often misguided fascination with and delight over American comfort food, I’ve thoroughly enjoyed some of the dishes, in part because they are often made with highest-quality ingredients, especially when it comes to the ground beef (and ground pork and ground bacon are almost always blended into the mix in some combination). The same goes for the cured meats, like the ham, turkey, and bacon in the club. 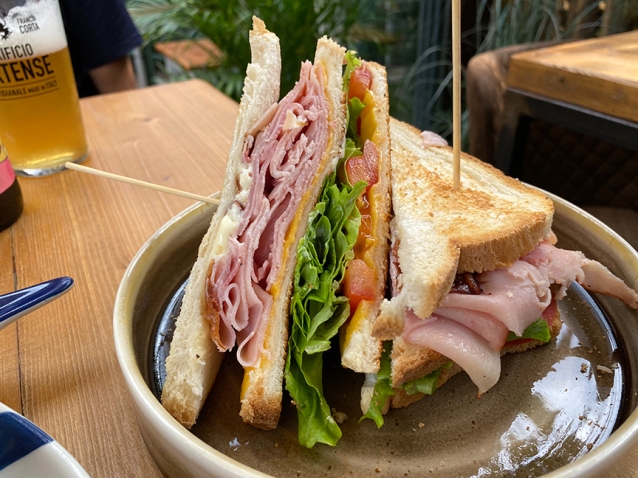 The quality of the bread is also generally much better than in the U.S. Again, thanks to higher quality ingredients in my experience. That’s a club sandwich on Lake Iseo last year. It was fantastic. The Italians generally use homemade mayonnaise, as in this rendering of the American classic diner dish. It’s wonderful.

A glass of Franciacorta, anyone? 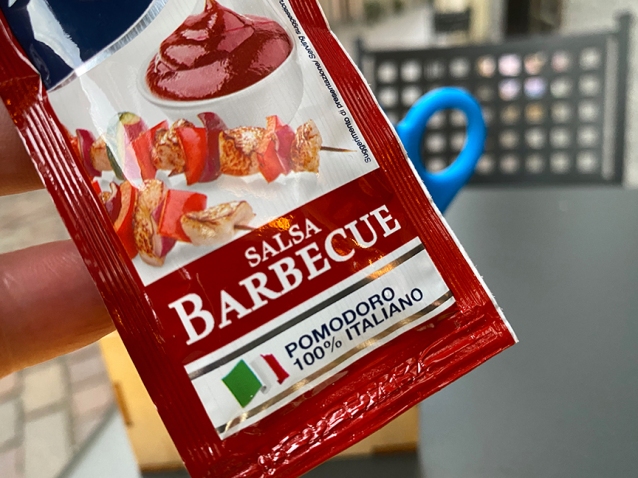 But Italian barbecue sauce made with genuine Italian tomatoes? No, this Texifornian couldn’t do it!

One thought on “There’s raw sausage in my baked potato in my Bra. Why are Italians so obsessed with American comfort food?”