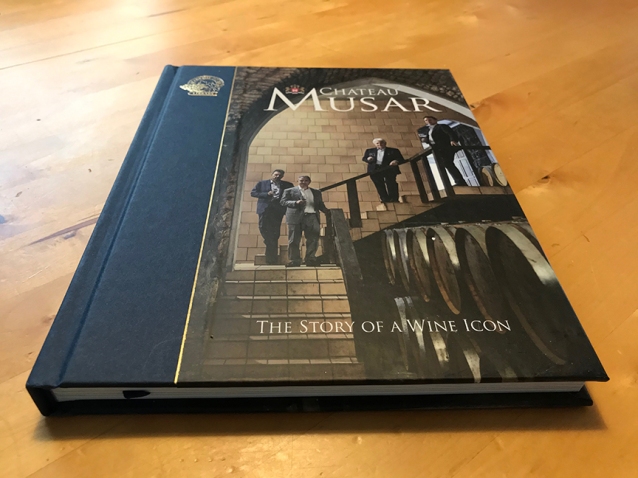 In case you haven’t already seen it, a new book on the life and times of the great Serge Hochar, Chateau Musar: The Story of a Wine Icon (Académie due Vin Library 2020), it should be on your radar.

The recently published work includes tributes to and memories of Serge by some of the top names in wine and wine writing today. A blend of panegyric and non-fiction, it also recounts the story of his life and legacy as one of the greatest winemakers in a generation and the man who singlehandedly built Lebanon’s wine trade into a world-class category.

(I was thrilled that the editors included a piece I had written about Serge after his premature passing in late 2014.)

It’s a wonderful book and I highly recommend it to you (and please also see this excellent obituary by Eric Asimov for the New York Times).

Beyond the news of the book’s publication, I’ve been thinking a lot about Serge lately. He began visiting Texas on a regular basis around the time that I first moved to the state in 2008. A master of marketing and sales, he invested heavily in U.S. travel to promote his wines at the peak of the financial crisis.

That’s just one of the great lessons he taught us. Like Kermit Lynch in the late 1970s at the height of the petroleum crash, he realized that times of crisis create opportunity for enterprising wine professionals.

As an importer of Italian foods noted in a webinar that I moderated the other day, the disruption in the supply chain creates openings for unknown brands. He knew that the vacuum of premium wines caused by uncertainty and instability offered him a break-through moment.

And he seized on it. He was in the market while other winemakers from France, Italy, and Spain were staying home, afraid to invest in marketing and market work (as it’s called in the trade). Thanks to his business acumen (and his outsized charisma and charm), he made placements for his wines at marquee restaurants where a legion of future sommeliers and many Master Sommeliers were paying their dues, so to speak.

I’ll never forget walking into Pappas Bros. Steakhouse in Houston, one of the top expense-account restaurants in the country then and now, and opening the wine list for the first time: the very first page of the list featured a vertical flight of Chateau Musar, roughly 30 wines in all. It was extraordinary.

And that leads me to the other great lesson he taught us: in times of crisis, look to underserved markets that are not saturated with competitors’ brands.

Back in 2008, Texas wasn’t even considered a tertiary market for fine wine. When I moved here that year, my peers thought I was crazy (“what will you drink?” asked one of my best friends in New York). Today, that’s all changed. But back then only downmarket wine producers were spending time in Texas.

Serge was one of the earliest supporters and promoters of TexSom, for example, then a small sommelier conference that no one had heard of outside of Texas.

He came here often in the early years of the financial crisis and he pressed the flesh with sommeliers and buyers who were eager to interact with someone like Serge, whose engagement rewarded them both professionally and personally.

I’ve been told that Pappas Bros. Steakhouse will be reopening soon here in Houston. Scrolling through its wine list online, I counted more than 20 lots from Musar this morning.

It would seem that Serge’s intuition was spot on. He was a model for our times — and all times.

Check out the book here.