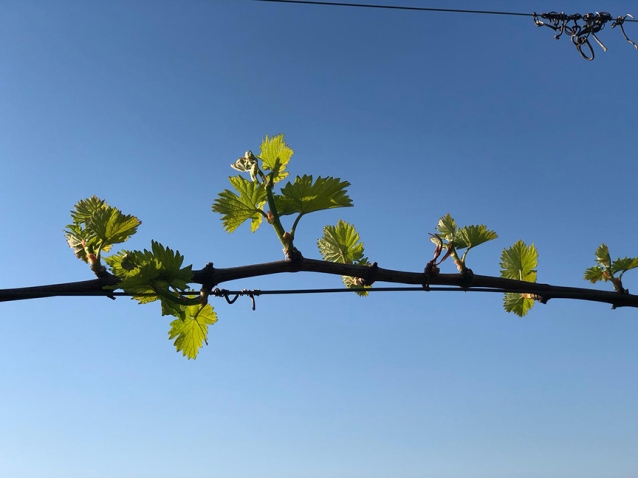 Flowering has begun in the vineyards in Italy.

Ever since another friend, Raffaella Federzoni, sent me the first in what would become a series of “letters from Italy” during the health crisis, I’ve thought a lot about how the vines just keep growing, unaware of what is happening to the people who tend them.

These photos, taken during the Christian Holy Week, are reminders of nature’s resilience.

The news from Italy is promising today.

“The curve is clearly decreasing,” said a top Italian health official according to today’s papers. “But let’s not let our guard down,” he added.

Unfortunately, the news from our own country has been getting worse and worse this week. And the terrifying numbers and reports from city’s like New York, New Orleans, and Miami parallel those that began appearing a month ago in Italy.

Thankfully, Houston’s mayor relented and finally decided to close our parks this weekend. The entire city is now on lockdown. Tracie, the girls, and I are hunkered down at home, with plenty to eat and everything we need to keep ourselves occupied. We’ll attend Tracie’s father’s Easter services on Facebook this Sunday and we’ll visit with her family later in the day on Zoom and Facetime.

I’ll be thinking about those flowers this weekend. And I’ll dream of tasting the wines that they will bear this fall.

Happy Easter, everyone. Please be safe.