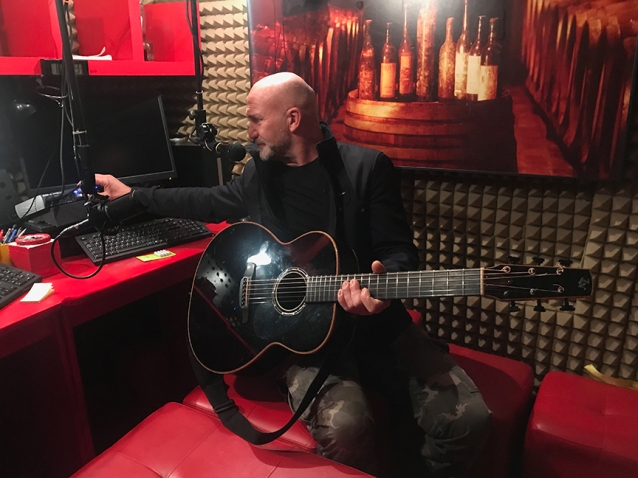 I’ve been on the road for the last week in Italy traveling for a new client. I’ve barely had time to catch my breath on this first whirlwind trip of the year. But I’ve already tasted some extraordinary wines.

Time is tight but I couldn’t resist sharing the above photo of the epic Slovenian producer Aleš Kristančič owner and winemaker at Movia in Ceglio (Brda).

Some of my friends may remember that my French band, Nous Non Plus, once played a gig at his family’s farm. We had a hit song in Slovenia at the time (no shit). And Aleš flew us over to do a show at a club in Ljubljana and play at a couple of sets at the winery.

It was an amazing experience that we all remembered fondly when we reconnected — 12 years later! — early this week.

He was geeked to show me his new recording studio and his new guitar (above). And we had a blast catching up and tasting his extraordinary wines.

It sucks to be away from home and I’m bummed that I’m going to have to be spending so much time away this year.

But I’m not complaining: work is good and I’m lucky to get to spend time with lovely people like Aleš and his family. It was so awesome to see them and reconnect.

More stories to come. In the meantime, thanks for being here and wish me luck and speed…