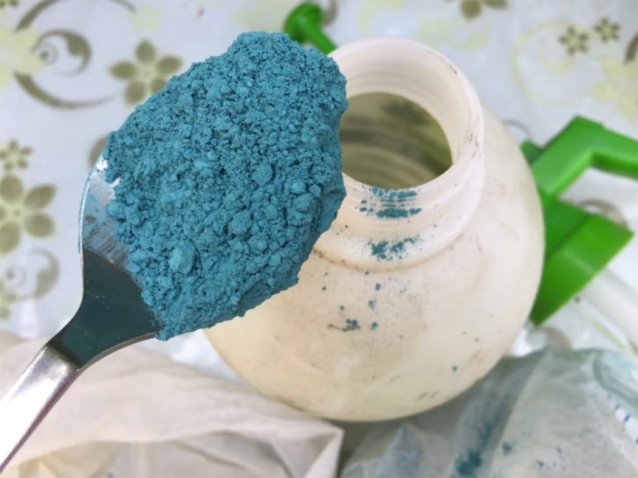 As European Union organic grape growers anxiously await a Brussels decision on new and more stringent restrictions on copper fungicide use, the highly controversial issue continues to be a focus of media, industry observers, and winemakers in Italy. In many instances, organic and conventional producers — together with their supporters and detractors — are pitted against one another in an increasingly bitter fight. And the exchanges are growing ugly.

My colleague and fellow Slow Wine editor Fabrizio Giavedoni summed it up best in a post published earlier this week on the Slow Wine and Slow Food blogs (translation mine):

The debate over copper fungicide in grape growing resurfaces frequently these days — in conversation, in print, and online. And the discussion focuses on organic wine.

For the most part, there are two principal positions.

On the one hand, many organic grape growers are racking their brains as they try to limit or find alternatives to the use of this metal in their vineyards. They are clearly worried about the accumulation of copper in their soils. There’s no doubt that it’s not a healthy or acceptable situation. And we wholeheartedly share their concern over this serious issue.

On the other hand, conventional grape growers have also been raising their voices, often with the support of writers (including some leading journalists) and bloggers who have little knowledge of viticulture. They point their fingers at organic growers and accuse them of poisoning their vineyards. In many cases, these winemakers and/or journalists have no idea — because they are ill-informed or even ill-intentioned — that commercial products normally used in conventional farming contain substantial levels of copper. Obviously, they aren’t concerned about this because it’s challenging to calculate the exact amount. But more importantly, they aren’t worried about copper levels because there are no legal limits on the use of this metal [for conventional farmers].

(For background on the question of copper fungicide and its risks in organic grape growing, see this post.)

Fabio’s position seems to be at odds with a statement issued by agronomist Francesco Sottile, a member of Slow Food’s technical advisory committee and a professor at the Slow Food University in Bra, Piedmont (UniSG).

“We are in favor,” wrote Sottile in a post published in late August, “of the reduction in the quantity of copper allowable per hectare that the EU is currently discussing. We hope it will lead to broader efforts in research on alternative and supplemental products.”

In this week’s post, Fabio previews the findings of a Slow Wine report on copper levels found in organically farmed vineyards. According the still unpublished study of farms where grape growers are converting or have completed a conversion to organic growing practices, copper levels have actually decreased, he claims. Despite increased spraying of copper sulfate, he writes, the amount of copper present is lower thanks to the fact that synthetic products have been eliminated.

Like many of my colleagues, I’m eager to read the study’s conclusions. In the meantime, I know the sparks will continue to fly.

As one Italian organic grower put it in a cryptic but powerful Facebook post, the question is “a sad truth.”