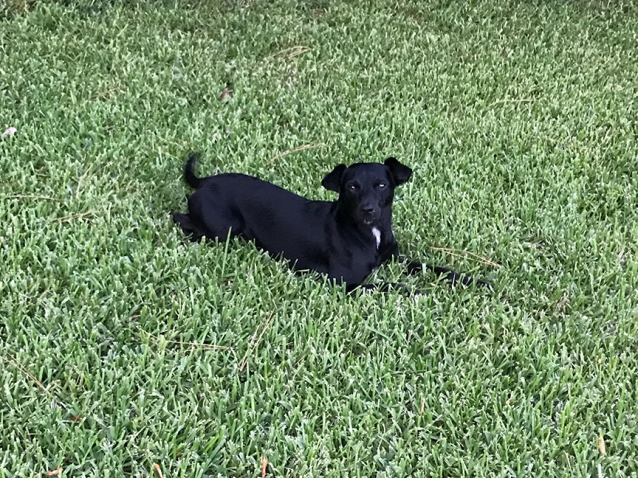 “Blacker than tar, faster than the wind.”

That’s how Petrarch described his friend Matteo Longo’s dog in August of 1351. Petrarch was a dog lover and even wrote a Latin poem about one of the dogs he loved.

The words came to mind this weekend as we laid to rest Doggynino, above, a stray that had followed Tracie home after she had been out for a run last Monday.

We don’t know anything about his life before us. But we do know that he entered and transformed our lives seven days ago.

He was a wild dog who had probably never lived with a family. The veterinarian guessed that he was somewhere between 10 months and two years old. He had his adult teeth but he still playfully chewed on my fingers like a puppy. He was as sweet as could be with us and our girls. But he was extremely skittish and often lapsed into trembling if he perceived a threat. Even putting a leash on him made him shake with fear. It took him an entire day to recover from his visit to the vet.

Two of our neighbors helped us foster him. Our hope was that we could find a family to take him in. By Friday night, all of our potential homes had fallen through. And we had decided to keep him. And by Friday night, he had started to return faithfully to our calls. He would even come back to us after escaping from the backyard, which he did nearly every day he was with us.

Early Saturday morning, while the rest of us were still asleep, Tracie took him out in the back and let him do his business. He was joyful and happy to see me when I got up. And he seemed genuinely in love with Tracie and the girls.

Confident that we had shored up all the weak points of our backyard fence, we decided to let him out in the yard alone for just a few minutes (hoping that he would poop since we still hadn’t ever seen him relieve himself).

Within a minute, he had literally broken a plank in the fence and escaped. Just a few moments later, Tracie found him on the street in front of our house. We had always managed to cajole him into returning. Over the course of the five days he was with us, he must have escaped 10 times. But he always came back.

This time was different.

Tra couldn’t get him to come to her call. And he wouldn’t come to my call either.

And then he just took off down the street.

It was my worst nightmare. I followed him slowly because I didn’t want him to bolt. He ran down the street, stopping at each house to pee in the yard. He liberally crossed the street (he didn’t know that it was dangerous).

And then the unimaginable happened. He got the main thoroughfare near our house. And as soon as he crossed, he was run over. The asshole who hit him honked before he struck him but didn’t even stop. He just kept on going.

He was still alive when I picked him up and he died in my arms as I brought him home. I can still see his face as he looked up at me and took his last gasp. I am crying as write this.

Doggynino was a wild dog who probably just needed to “sow some oats,” as his doctor said. He wasn’t neutered and he clearly had wanderlust. He was so sweet with us and with our girls and we all loved him so much. We thought that “he had picked us,” that is was kismet. But his desire to roam was stronger than his bond with us.

Doggynino, we loved you so much. We tried to give you a home. But it wasn’t enough, we know. I’m so sorry Doggynino. I miss you so much. I love you and will always remember you and keep you in my heart forever. I love you.

You were blacker than tar and faster than the wind. 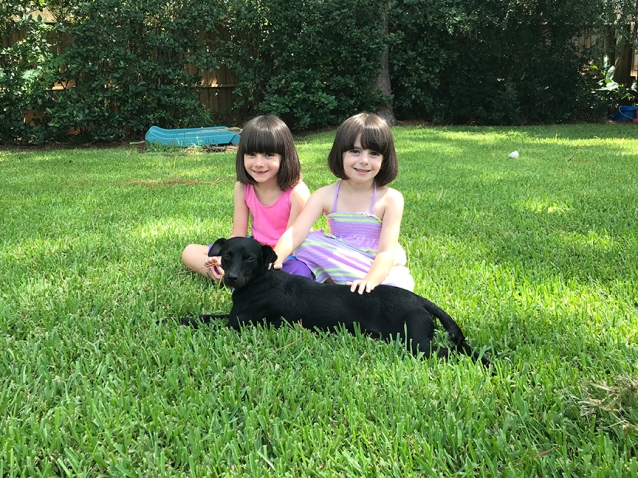 2 thoughts on ““Blacker than tar, faster than the wind.” Rest in peace, Doggynino. We tried our best to give you a home. We will always love you.”