Some of Houston’s best and brightest wine professionals came out yesterday morning to taste a superb flight of Chianti Classico with celeb sommelier Jeffrey Porter (standing) at the city’s swank Post Oak Hotel.

Seminars and tastings like this can be so long-winded, boring, and redundant. But Jeffrey, who seemed to enjoy the opportunity to speak in his native Texan, kept the discussion lively and fun.

And the wines, well, they spoke for themselves. 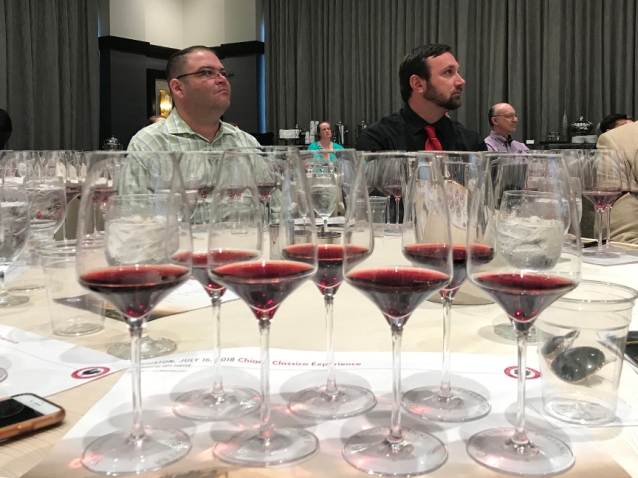 I was really impressed with the Fabbri 2015 Chianti Classico Lamole from Greve. What a stunning wine! Great balance and varietal expression, with that distinctive mineral note that you get from higher-elevation Chianti. A real discovery for me.

But all the wines were fantastic, something that’s unusual in consortium tastings like this.

And as Jeffrey put it, at once so plainly and so elegantly, when you look at the spectacular range of growing conditions throughout the Chianti Classico DOCG, you soon come to realize that “there’s a Chianti Classico that’s just right for you.”

It was also really fascinating to hear some of the producers discuss soil texture as opposed to soil composition (something I believe is too often overlooked in discussing Chianti).

And toward the end of our time together, one of the city’s top Italian buyers brought up the thorny question of single-vineyard designation and the Gran Selezione program. Not all of the producers agreed on the benefits or drawbacks of the appellation’s recently created pyramid hierarchy. 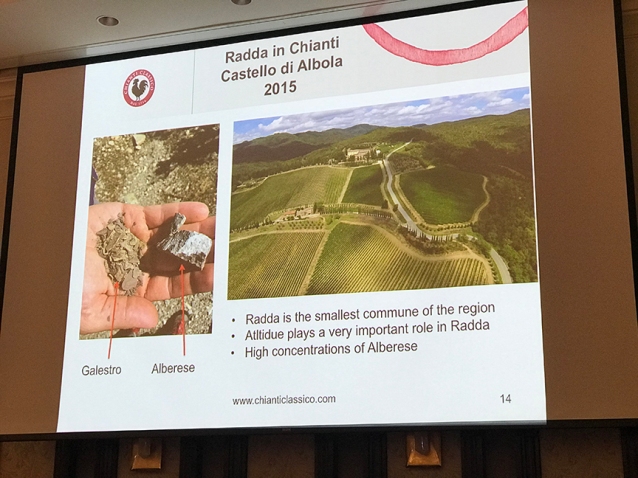 If you only bolster the tip, said one of the more outspoken panelists, you weaken the base. It’s the base that needs to be reinforced, she suggested — not just to the audience but to her fellow panelists.

The frankness and openness of the dialogue was compelling. It was clear that Jeffrey has developed a relationship with each of the producers participating in the tour. And that camaraderie seemed to create the right conditions for an honest — as opposed to marketing-minded — discussion.

Jeffrey will be leading the same tasting and seminar tomorrow in Washington D.C.

Subscribers can check out his Chianti Classico webinar for the Wine Scholars Guild here.

Thank you, Jeffrey and Chianti Classico, for bringing such a great group of winemakers and such a wonderful flight of wines to our city!