The photo above (snapped the other night at Battaglino in Bra where I’m teaching this week and next) prompted a robust thread of comments by fellow vitello tonnato lovers on my Facebook.

My friend Logan Cooper from Austin, a food blogger I admire greatly, wrote the following:

The first time I encountered this dish I was a young man visiting Milan. I was confused, put off, and generally disparaging that such a thing wasn’t a weird joke on tourists. I was wrong. In the years since, this dish has held delight, surprise, and mystery. So many flavors, so many variations, still slightly baffling. If cognitive dissonance had a Italian mascot, vitello tonnato would be near the front of the line.

I love his candor and exhilaration.

And I love vitello tonnato — roast or boiled veal, thinly sliced and topped with a sauce made from olive oil-cured tuna, salted anchovies, raw eggs, and brined capers — in part because of its deliciously satisfying character and in part because of its easy digestion. It’s a dish that “agrees” with me on every level.

The following are some interpretations I’ve enjoyed over the last few years. And here’s a translation of what is perhaps the earliest printed version of the recipe, Pellegrino Artusi’s. I rendered it into English a few years ago for Tenuta Carretta. Note the absence of egg. 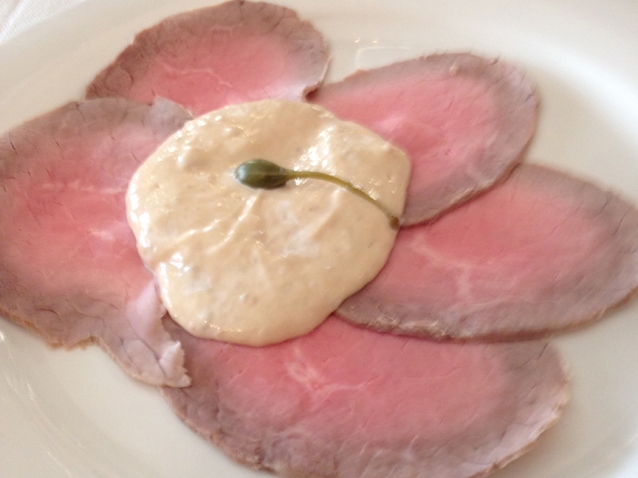 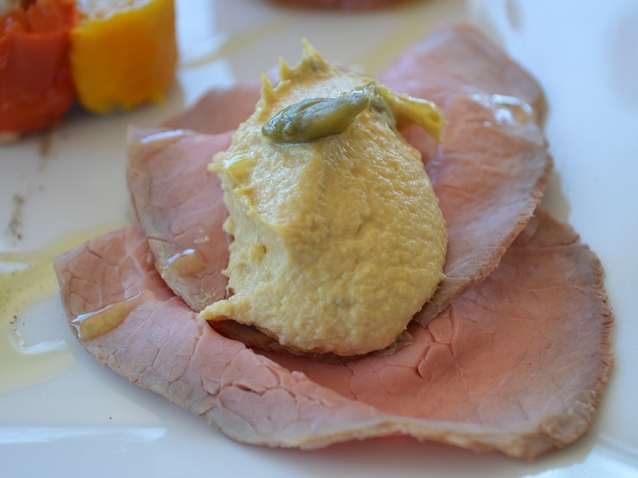 One thought on “Vitello tonnato: a photographic retrospective”