From the department of “if it sounds country, well, then, it is” (Kris Kristofferson)…

When Slow Wine editor-in-chief Giancarlo Gariglio asked me if there was something he shouldn’t miss on the touring team’s drive from New Orleans to Houston, I told him to drive straight through to my adoptive city where I knew he and the group of traveling Slows would enjoy dinner at one of my favorite restaurants in the city, Caracol. They did btw.

It was only the next day that I learned that they had stopped for lunch in a town not far from where my wife Tracie grew up on the Louisiana border: Vidor. It’s pronounced VAY-dohr, not to be confused with Vidor in Treviso province, pronounced vee-DOHR and home to a Slow Wine Prosecco producer. 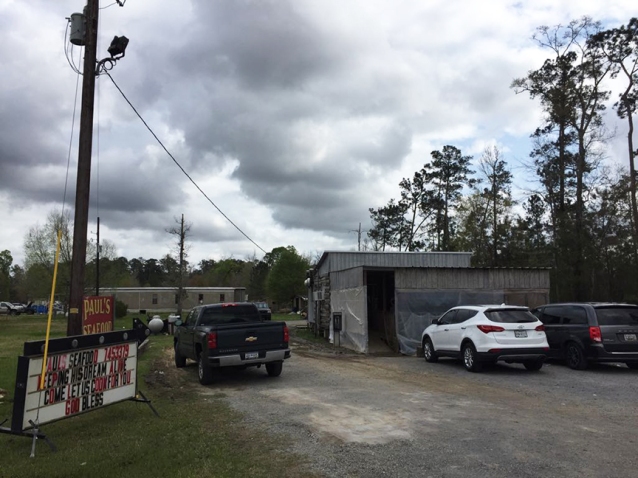 Evidently, Giancarlo’s GPS had informed him of an accident on Interstate 10 and so he took their van off the freeway at the first exit, which just happened to be Vidor.

There are actually a lot of very good places to eat along the highway between Lake Charles (Louisiana) and the Golden Triangle, which includes Orange, Vidor, and Beaumont. My favorite is Steam Boat Bill’s. But there are a ton of little holes-in-the-wall places like Paul’s.

Vidor isn’t exactly known for its welcoming spirit. And I wasn’t surprised when I read this Facebook review, posted yesterday and still published on the Paul’s page (despite the fact that it doesn’t adhere to Facebook community standards). It’s probably because Paul doesn’t check his Facebook much. Or may be he does.

Giancarlo and his team enjoyed the fried shrimp and frogs’ legs. And they said everyone was really nice to them (despite their broken English).

One thing is certain: they definitely happened upon some truly “slow” food in the corner of Texas that Tracie and I call home. They made it to Houston that day without incident and we had a fantastic turn-out for the Taste of Italy and Slow Wine fair on Monday.

Last night, their team flew from Texas to San Francisco where we’ll be hosting the last event of the tour here today in the city. I’ll be there from 1 p.m. until closing time (and those of you have ever had a drink with me in SF know where I will be after the tasting).

Here’s the info. I hope to see you there!

Thanks, Giancarlo, for bringing Slow Wine to Vidor, Houston, and San Francisco. America is a big, big place, full of many culinary wonders (including the bbq we ate on Monday night). I’m glad that you discovered another one of them in Southeast Texas.