From the 2008 Barbaresco by Gaja to the 2008 Barolo by Bartolo (Maria Teresa) Mascarello that I’d tasted previously, I was already inclined to have high hopes for Langa wines despite the challenges of the vintage.

Abundant rains in the late spring caused a lot of problems with fruit set in Piedmont and many used the word “bizarre” to describe the climatic progression for the harvest.

Asti and Monferrato faced some serious issues in terms of production decline but growers in Langa, especially those with top parcels, managed to produce some superb fruit, even though many of them made less wine that year.

After the first day of the fair, when our palates were still fresh, Giovanni offered to treat us to a bottle of great Nebbiolo at the Trattoria Gasparo in the historical center of Brescia where I stayed during the fair and where Giovanni lives.

The owners had really beefed up the wine list since my last visit and as Giovanni read through the labels, I stopped him at Fenocchio, one of my favorites and a wine that people in my tax bracket can afford to collect.

The 2008 Barolo Villero by Giacomo Fenocchio was already very generous in its expression of fruit and it had that distinctive earthiness, dark yet elegant, that I dig in his wines.

Giacomo has never swayed from the old-school style of these wines and they represent a wonderful “first kiss” for wine lovers who are trying to attain a greater understanding of Langa Nebbiolo (especially his Cannubi). This is a wine that merits more attention from U.S. collectors. 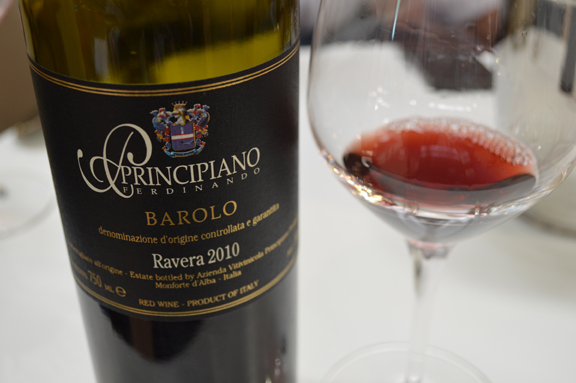 At the fair, Barolo producers where showing their 2010 bottlings. It was a good to excellent vintage for Piedmont, although Italy in general suffered from late, heavy rains in August.

The 2010 Barolo Ravera by Ferdinando Principiano was smokin’ good. Although still very tight in its evolution, there was no “green” here: gorgeous acidity and brilliant fruit (however restrained by the wine’s youth) popped in this wine.

Prinicipiano’s wines represent such great value and I can’t understand why American collectors haven’t discovered them yet. Damn, I love these wines. I can’t wait to see how they evolve. 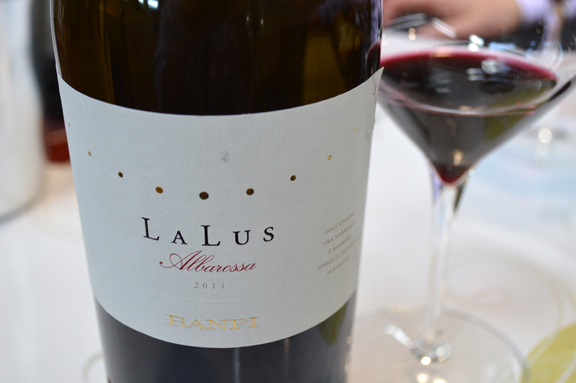 I was geeked to finally taste a bottling of Albarossa with my friend Lars Leicht of Cru Artisan, the new prestige portfolio from Banfi.

Not much of this hybrid grape is planted in Piedmont. It was created in the Veneto by fascist-era ampelographer Giovanni Dalmasso, a giant of Italian viticulture, in 1938. He believed that he was crossing Nebbiolo and Barbera.

But more recent study of the variety, which was first registered in Italy in 1977 and then authorized in Piedmont in 2001, has revealed that it’s actually a marriage of Barbera and Nebbiolo di Dronero, which is not Nebbiolo but rather Chatus, a rare clone of Ardèche found mostly in France but also in Alpine Piedmont (see José Vouillamoz’s entry for Albarossa in Wine Grapes; it is “not Nebbiolo at all,” he writes with his signature sternness, “but a synonym for Chatus,” a fact that was brought to light by research published in 2009).

Ampelography aside, I really liked the 2011 that Lars poured for me. Its color was brilliant, with electric violet notes along the edges of the glass. On the nose it was fresh with confident red and berry fruit and in the mouth its alcohol was restrained and the fruit ripe but not overly so.

There are just a handful of houses that grow and vinify this grape (Chiarlo is the most prominent) and beyond the nerdy appeal, I found it to be really approachable and delicious. I’d love to see what it can do at the dinner table.

On deck for tomorrow: a vintage-challenged Chianti Classico that floored me…