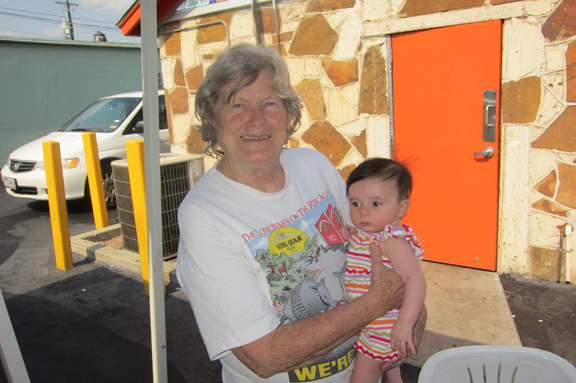 These days, Parzen family honkytonking starts earlier in the evening day than it used to: yesterday we took Georgia P to two of our favorite spots for Sunday afternoon jams, Guero’s Taco Bar and Ginny’s Little Longhorn Saloon (our all-time fav).

That’s Ginny above in the photo holding little Georgia P. She came out back to meet Georgia for the first time.

“Mommy’s been coming here a looooong time,” said Tracie P, remembering when she first came to Ginny’s in 1999. 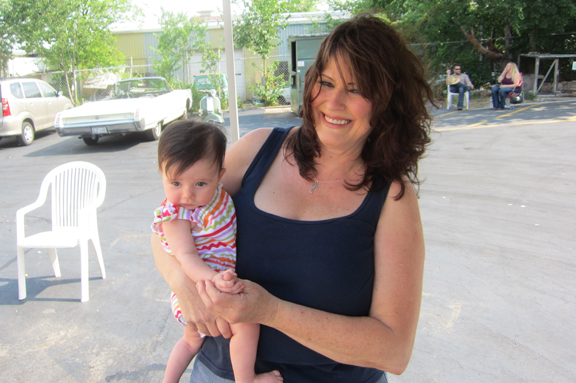 The amazing Dale Watson wasn’t performing this last Sunday as usual but his band was there.

“Dale’s in Atlanta,” said Sharon. “He’s the understudy for John Mellencamp in a play in Atlanta.” 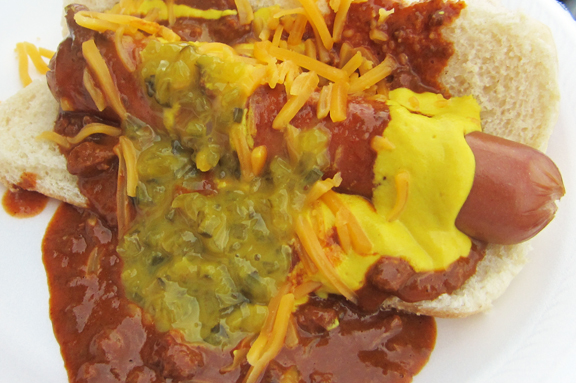 Of course, Daddy P couldn’t resist a Ginny’s dog. “The best dogs in the world,” as Dale would say.

Tracie P and I are so blessed. We’re going through that tough time that all new parents talk about: “sleep training.” It ain’t easy but her smile and laughter eclipse the fatigue and weariness of any sleepless night…

One thought on “honky tonk baby”

Looking forward to getting this back in working order. Memaw’s stereo, built in 1962 and installed in her home in 1963. It’s now going to have another life in our home.