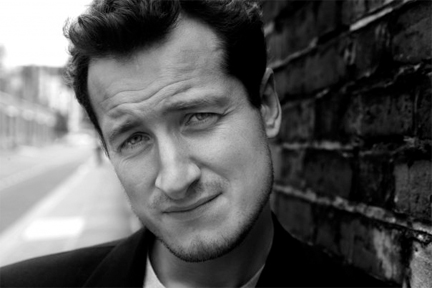 Regretfully, I don’t have a subscription to Jancis Robinson’s subscription-only blog but a friend cut, pasted, and sent me a post on Jancis’s blog by British wine writer Monty Waldin (above), who commented on the Rivellation that “80% of Brunello was not pure Sangiovese.”

By saying that most pre-2008 Brunello was fraudulently blended, Dott. Rivella implicitly accepts that journalists such as Franco Ziliani, myself and a number of others who have consistently and publicly claimed that all Brunellos were not 100% Brunello, as they should have been, deserve at least some credit – and that we don’t ‘deserve to have our tyres slashed’, as one irate ‘Brunello’ producer told me to my face.

We didn’t say what we said because we are anti-Brunello. Far from it. We said it because it was obvious to any wine drinker with half a brain that certain wines labelled Brunello did not always look, smell or taste as though they were 100% Brunello (Sangiovese). This was not fair to consumers, but just as importantly it was not fair to those Brunello producers – both big and small – who played by the rules, the vast majority of whom actually succeeded in making red wines with the inherent quality to reinforce the fully justified claim of real Brunello to sit in Italy’s vinous pantheon. 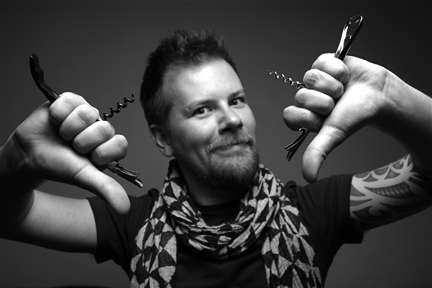 Another interesting pingback came from a truly dynamic wine blogger in Finland, Arto Koskelo (above), who was gracious enough to translate a post in which he reflects on Rivella’s statements (since I, for one, cannot read Finnish!).

Don’t get me wrong, the wines may very well be excellent. But in the end the most crucial point isn’t the style of the wines nor even their quality but integrity and lack of it. If one exploits the very historical legacy the regions reputation is based on and at the same time sells it short, wine lover finds that if he gives this kind of fashion the thumbs up he ends up with one stinky finger.

Arto’s a 30-something freelance writer and wine blogger and videographer. “As you might know,” he wrote me in an email, “Finland as a Nordic country has traditionally been a beer drinking country, so we are super happy about the small impact we are making on the cultural landscape.”

Happy #Juneteenth everyone! What a great day to be in Houston! Thank you @repjacksonlee and @repfletcher for making it a reality!