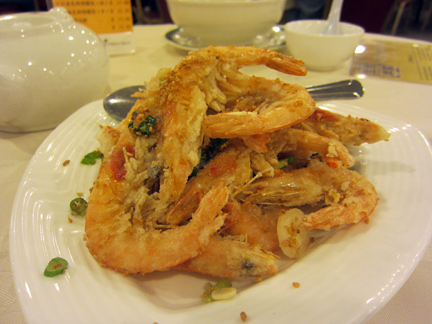 Great lunch yesterday at ABC Seafood (Chinatown, Los Angeles) with our friend Jeff from Austin (who flew in from Texas to eat his way through LA and catch my band’s show on Saturday night). 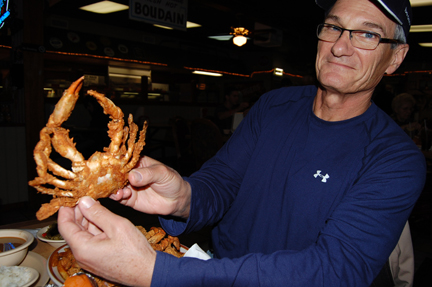 Texas isn’t just one state, really. It’s actually five states. As Rev. B (above) pointed out last night, the drive from San Diego to El Paso (on the western edge of Texas) is shorter than the drive from El Paso to Orange, where Tracie P grew up, along the Louisiana border.

While folks in El Paso may feel more of a connection with the west and the culture and cuisine of Mexico, folks here feel a kinship to the Cajun culture of the bordering state to the east and they often refer to this area as “Coonass country” (a designation not considered derogatory when self-referential). 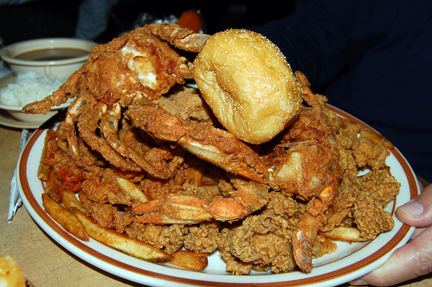 Last night I had the great fortune to dine at Larry’s French Market in Groves, Texas, not far from Port Arthur. Uncle Tim, the family’s resident gourmet and gourmand, who works at the Total refinery across the road, eats there every day.

Rev. B had the “Captain’s Platter” (above), reminding me of what famous guitarist Jay Leach once told one of my bandmates in a recording session in L.A. many years ago, “Play a high C over a C major 7? Man, that’s a captain’s platter!” (meaning the musical phrase would teem with clams or mistakes). 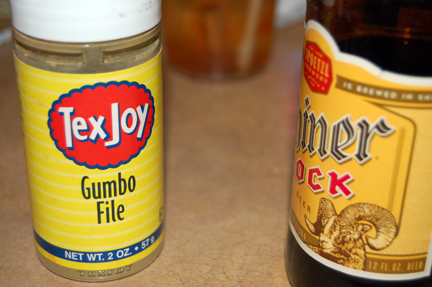 Did you know that the Oxford English Dictionary quotes Hank Williams in the entry for filé (ground sassafras used to season gumbo)?

Pretty cool, huh? (The OED contains an entry for Coonass as well, btw.) 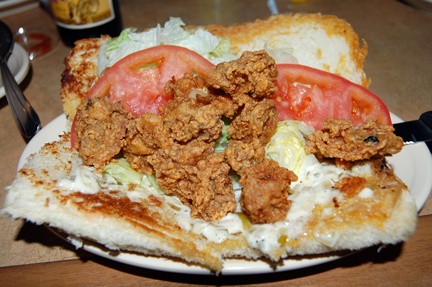 I had the oyster poboy. Man, that was good! (BrooklynGuy, do you now see the error of your ways and know why you MUST come visit us in Texas???!!!) 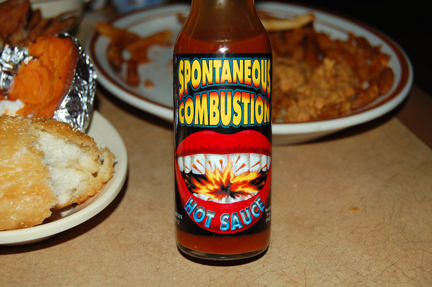 I did, however, overdo it a bit with the hot sauce. It was delicious though. And I’ve learned my lesson… Rev. B will probably be teasing me for years about how my face turned red as the sweat rolled down my cheeks!

Enjoy the rest of the holiday weekend and travel safely! 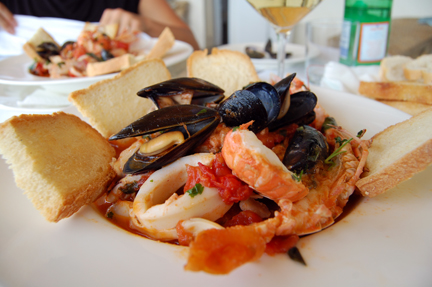 an oneiric state by the sea…

where fishermen returning from their catch… 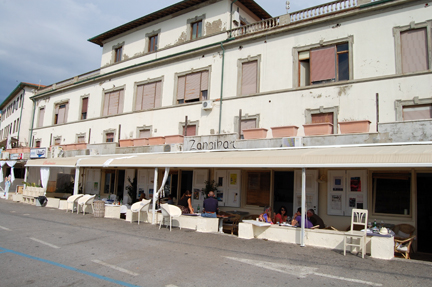 rejoin with glitterati and revellers unfettered… 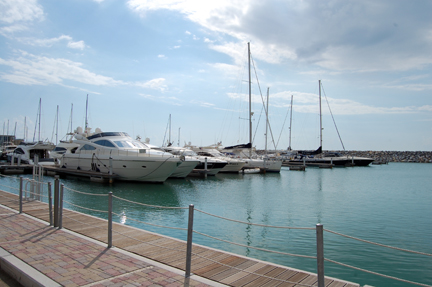