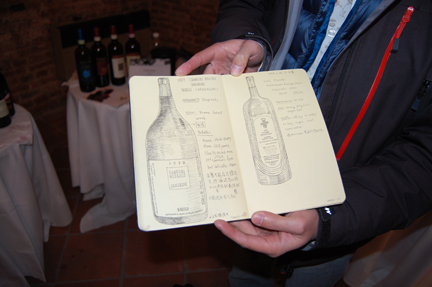 Chinese wine writer Denis Lin was one of the coolest cats I met on this trip. He draws the label of many of the wines he tastes in his tasting book. “This way, I don’t get drunk,” he said. His drawings are amazing. 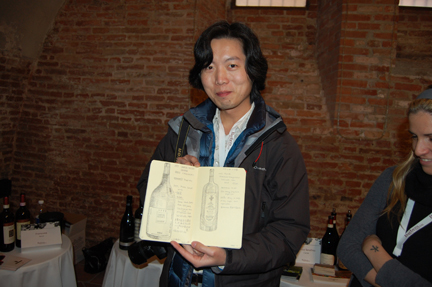 One of the cool things about Barbera Meeting was the folks I met from all over the world. There were a lot of Asian buyers and writers here…

Denis, above, is currently in talks to appear in the sequel to The Barbera 7, scheduled release 2011, working title: The Barbera 8.

The best tajerin I’ve ever had. 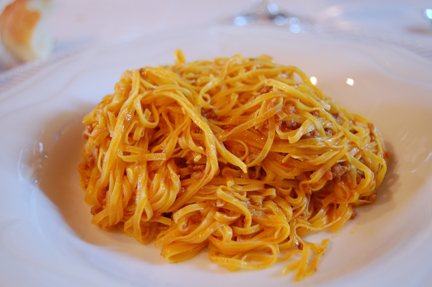 At Ristorante Antica Torre in Barbaresco with Gaia Gaja.

Thanks again, Gaia, for an unforgettable meal, from The Barbera 7! :-) 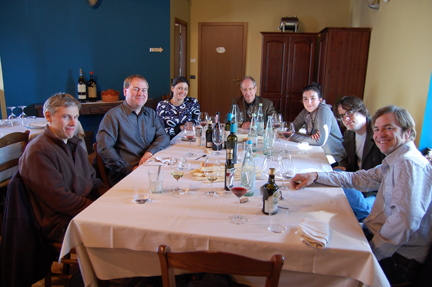 #Aligoté with @alice.feiring! The first tasting of @boulderburgundy. See second photo for the flight Alice will be presenting.