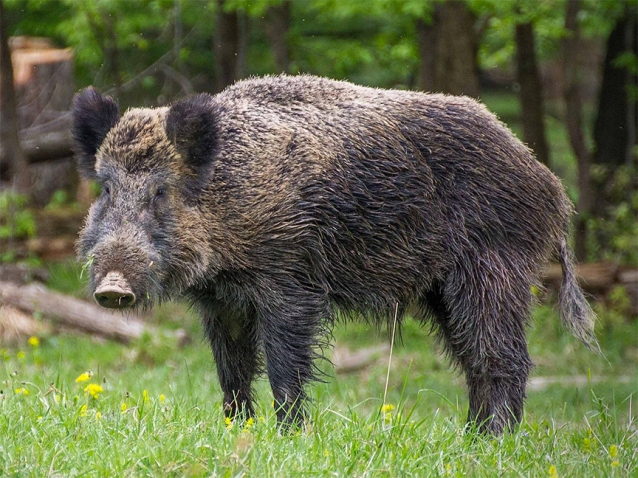 Feral hogs — a term used in U.S. English to denote the cinghiali or wild boar that we love so much in our pappardelle al ragù di cinghiale — have increasingly become a nuisance and even safety hazard in Italy as hot temperatures, dwindling water resources, and scarcity of their natural foods have increasingly led them to venture into the human sphere.

Check out this video posted on Twitter by Wanted in Rome.

You’ll see a brood of the beasts strolling down a heavily trafficked street in Italy’s capital.

Beyond the neighborhoods of the Eternal City, where the biggest concern is that they will spread disease or physically harm residents, the animals have come to represent an existential threat for small wine growers. 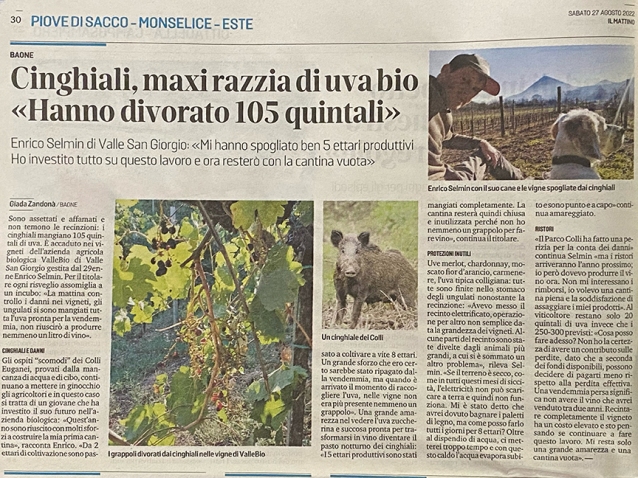 “My five productive hectares were completely eaten,” he told the Mattino. My winery [opened just this year] will remain closed and unused because I don’t even have one cluster to make wine.”

For large-scale growers, the animals, which have little fear of humans, represent a growing problem in terms of crop loss. But for someone like Enrico, it means starting all over from scratch. He also lost his investment in the electric fence.

Tuscany’s regional government has allocated €4 million to build “double fences” to keep the beasts out of vineyards, and farm and ranch land.

Efforts to curb the damages have been underway since 2015 when it became clear that the problem needed to be addressed, says Chianti Colli Fiorentini president Marco Ferretti in the Repubblica coverage. But programs to hunt and kill the animals were put on hold during the pandemic. As a result, the boar population continued to grow during 2020 and 2021.

Italian wine growers are already contending with one of the hottest and driest vintages on record. The last thing they need is to contend with ungulates eating their already diminished crop.

Roadkill is certainly no solution to this ongoing and increasingly challenging ecological problem.

But nearly anyone who’s ever dined in the home of Tuscan in wine country will tell you that roadkill boar is thoroughly delicious. My favorite has always been gooey fried boar liver paired with a nice glass of young Sangiovese and a side of chestnut flour polenta and white beans.