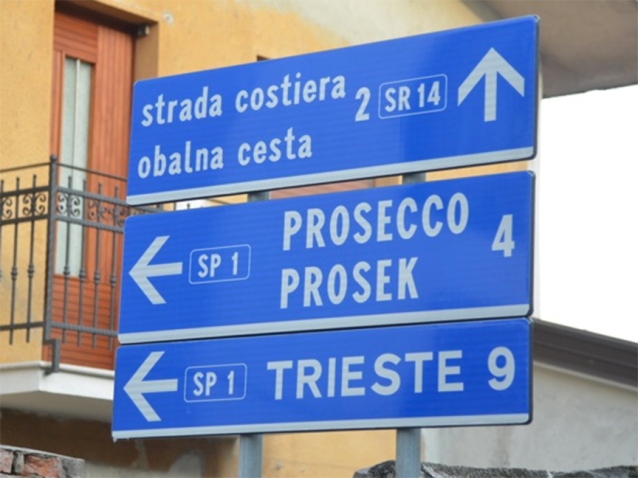 You may have already seen the scandalous headlines in the Italian mainstream media: “Prosecco under attack” and “The latest assault on Prosecco.”

If you’re reading this, it’s more likely that you’ve seen a headline or two in the English-language press: “Croatia and Italy renew feud over Prošek and Prosecco wines.”

“Croatian winemakers have leapt to the defence of their centuries-old dessert wine, Prošek amid a renewed Prosecco identity war,” wrote Angela Giuffrida for the Guardian earlier this month.

Italy said it would defend Prosecco at all costs after Croatia applied to the European Commission for special recognition of Prošek [a Croatian dried-grape wine].

It is the second time Croatia has moved to get the trademark recognised after Italy succeeded in blocking a first attempt in 2013, arguing that the name Prošek was too similar to Prosecco. Croatian winemakers agree that the two words sound similar, but they argue that consumers can easily distinguish between the two.

“This request,” wrote the Prosecco DOC consortium in a statement responding to the move by the Croatians, “could undermine the entire appellation system in Europe.”

But the Croatians’ efforts are unlikely to succeed.

As leading Italian wine writer and trade observer Maurizio Gily notes in his newsletter this week, Italian growers of Prosecco were the first to use the trademark Prosecco beyond Italy’s borders. In accordance with EU trademark law, this gives them the “precedent” and the right to use the name commercially.

Perhaps more significantly, Gily writes, Prosecco has come to be recognized as a place name thanks to the Prosecco consortia’s efforts to associate the name with the geographic area where Prosecco is grown and vinified (the recent designation of the Prosecco DOCG as a UNESCO heritage site bolsters the consortia’s claim).

In the light of this, Croatian producers of the dried-grape wine Prošek will most likely be denied the right to use the name commercially. It would only create confusion in the marketplace, lawyers for the Prosecco consortia will argue.

You may remember that in 2007, the European Commission ruled in favor of Hungarian producers of Tokaji who wanted to bar Italian growers from using the name Tocai on the labels of wines to be sold outside Italy. It was the inverse of what will happen in this case, writes Gily. In this instance, the Hungarians could rightly lay claim to the trademark because they were the first to use it in international commerce. This precedent will undoubtedly help the Italians in their claim.

It’s worth pointing out that Prošek is also the Slovenian name for the village of Prosecco in Trieste province. There, in the semi-autonomous region of Friuli, street signs are written in both Italian (“Prosecco”) and Friulian dialect (“Prosek”), as in the image above. It comes from the Slavic prošek meaning clear-felled, in other words, a place cleared of trees. Some believe that the village was once a transit hub. It’s origin as a place for commerce may be the reason, some argue, that the toponym came to be associated with the wine.

In other (unrelated) news…

As Gily notes in his dispatch, the current “Prosecco war” has nothing to do with Putin’s unrelated (absurdist) efforts to claim the name “Champagne” for sparkling wines in Russia.

Image via the Gambero Rosso forum.