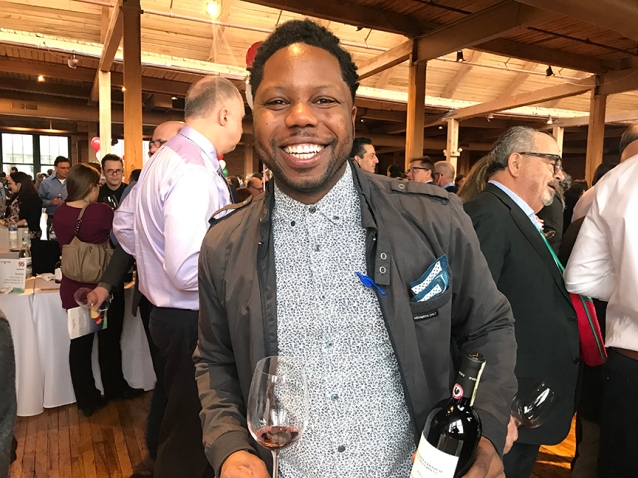 Above: Chicago-based Derrick Westbrook is one of the most dynamic wine professionals working in the U.S. today. And he digs and pours Italian wine.

It’s not every day that a Friuli fanatic discovers an indigenous Friulian grape variety he’s never tasted before.

But that’s exactly what happened on a chllly midwest evening when a couple of Italian wine trade professionals sat down at the bar at Nico Osteria in Chicago’s Gold Coast district.

Wine director Bret Heiar’s Italian-focused program there is one of the most exciting wine lists I’ve seen this year. And the aggressive pricing is the first clue that this is an Italian wine list written by someone who really loves Italian wines and who wants people to experience them.

The night we were there, they were pouring Emilio Bulfon Piculìt Neri by the glass — yes, by the glass, people! 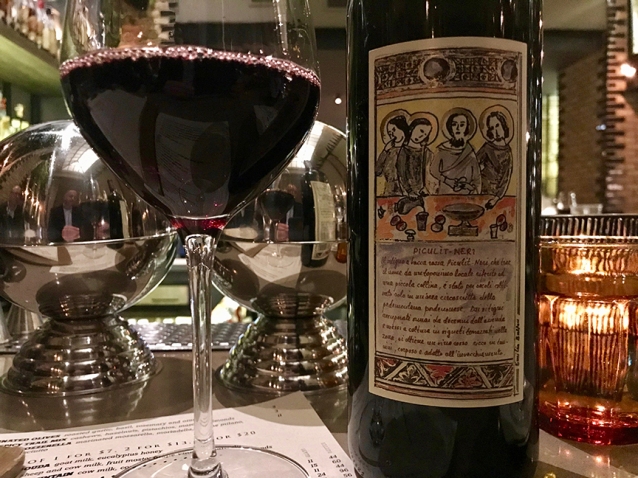 Above: when’s the last time you saw a Piculìt Neri by the glass? Or ever?

His career is on FIRE right now and it was so cool that he was pouring and talking about Chianti Classico there. He’s also the nicest guy. We need energized, think-out-of-the-box folks like him working with Italian wine as we move forward in our increasingly media- and product-saturated markets.

Man, this dude is going to go far and I’m glad he’s taking Italian wine with him.

While in Chicago, I also checked in with another one of the country’s hippest sommeliers, Rachael Lowe, who’s been shepherding one of our nation’s historic Italian fine wine lists at the legendary Spiaggia.

I remember going there when I was still in college back in the late 1980s after my first trip to Italy. At the time, there were only two or three programs like that in the U.S. I”m glad to see that it’s still going stronger than ever. It couldn’t be in better hands.

Another person I was geeked to catch up with was my buddy Craig Perman who runs Perman Wine Selections, one of the grooviest Italian-focused retail programs in the U.S.

In a town notorious for its corporate-driven market, Craig keeps fighting the good independent fight. His knowledge of Italian wine is spectacular and he’s doing truly great work in bringing real-deal Italian wines to a market that is evermore thirsty for them.

I was bummed not to make it to Monteverde where one of the city’s most progressive Italian lists has a home. I hear that the restaurant is currently between wine directors but I’ll be following along closely and hope to get back there to check it out soon.

I’ve spent a lot of time in Chicago over the last decade and I’ve never seen so much great Italian wine and so many mega-talented people running a growing number of Italian-focus programs.

I can’t wait to get back there later this year. Keep on keepin’ on, yall!

2 thoughts on “Chicago’s Italian wine scene blew me away”