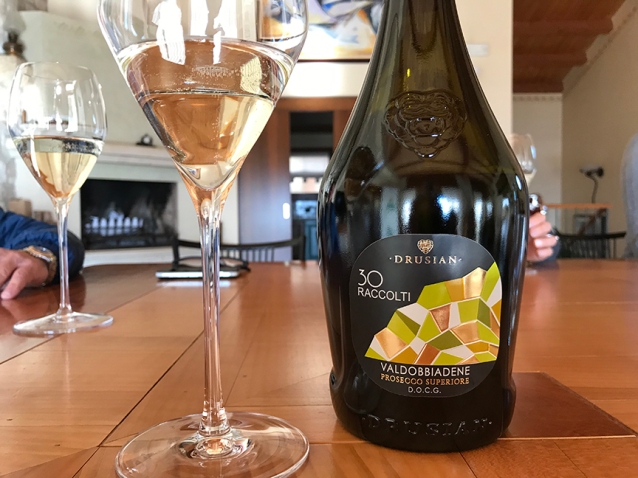 A trip to the land of Prosecco in early December was an opportunity to taste at a couple of my favorite houses.

Over the last 10 years or so, as more and more small-scale Prosecco has come to the U.S., many Italian wine lovers and trade observers have shifted their focus away from some of the bigger producers.

But they forget that Prosecco DOCG, even when produced in large volume, is almost always a “family grower” wine. That’s because the appellation, one of the most parcelized in the wine world, is made up of a vast patchwork of small farms. The best winemakers, even among the most commercial, rely on a network of generational relationships for their fruit.

Producers opened a lot of great wines for me during my stay earlier this month. These two were stand-outs. 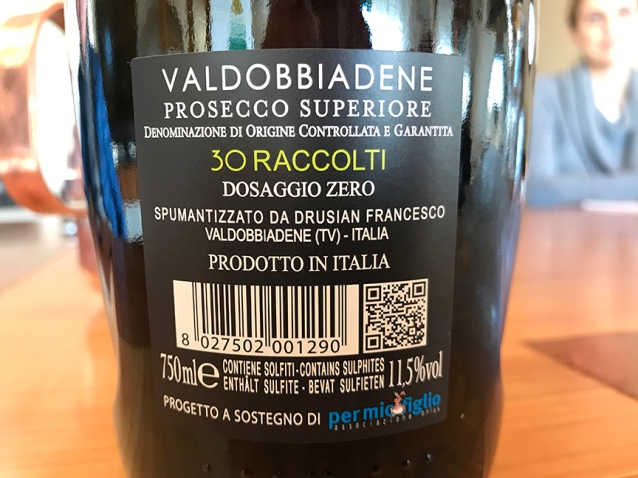 It was such a thrill for me to get to taste with Francesco Drusian, a legacy producer and appellation pioneer. His insights into the evolution of Prosecco and its extraordinary arc — literally from rags to riches — were fascinating to hear.

Like the man and winemaker, Francesco’s wines are among the most soulful in Prosecco today imho. 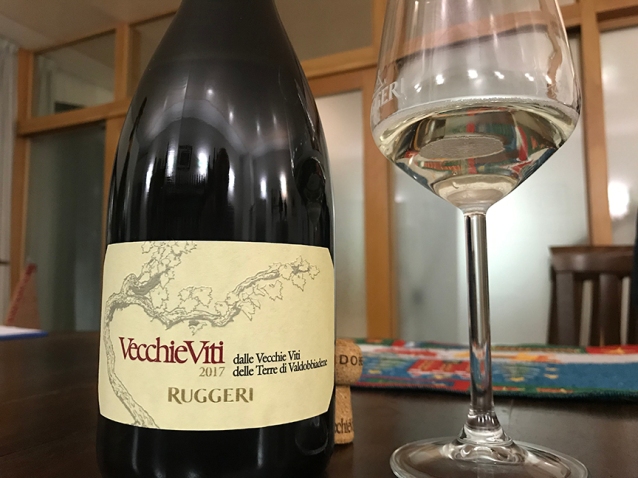 The Ruggeri Vecchie Viti was another highlight.

This historic estate, founded after the Second World War, is owned today by a German multi-national. But the Bisol family, whose winemaking and distilling roots run deep in Proseccoland, still manages the winery on a day-to-day and wine-by-wine basis. And the quality of their labels, across the board, really shined through during my visit there.

There were a number of wines that I really liked in the flight that afternoon but the Vecchie Viti (Old Vine) bottling was the showstopper.

The fruit is sourced from some of the oldest farms and vines in the DOCG, including 80+ year old plants.

The other really cool thing about this label is that it’s not 100 percent Glera: it’s an old school cuvée of Glera (around 90 percent) and Verdiso, Bianchetta, and Perera — the classic Prosecco field blend (no Chardonnay or Pinot Noir here, folks; and yes, both are also allowed by the DOCG).

The wine reminded of the Prosecco I used to drink from caraffe with my friends back in the late 1980s before the Prosecco revolution. Its rich balance of savory and fruity notes would have been ideal for washing down the economically priced rotisserie-fired chicken and French fries we used to gobble down in the hills outside of Padua.

It’s a pity that the wine hasn’t made it to the U.S. yet. It’s got eno-hipster written all over it.

More news from Proseccoland forthcoming. Are you drinking/serving Prosecco this New Year’s? Which one?