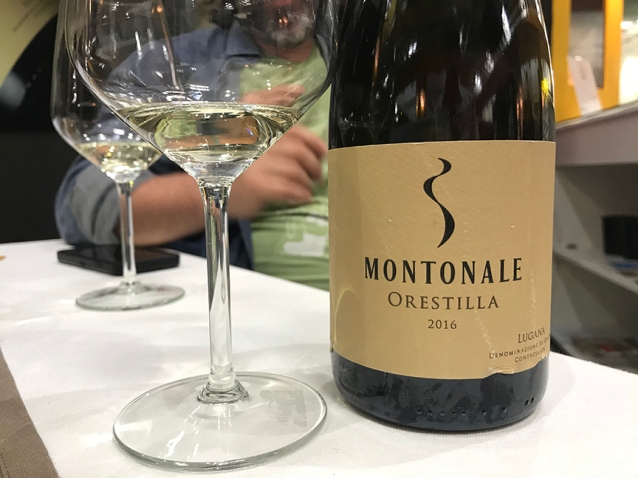 When the press release reached my inbox earlier this year, its author’s claim seemed like a bit of stretch: “Montonale Lugana Orestilla named best white wine in the world by Decanter” (translation from the Italian mine).

In fact, the 2015 vintage of the wine, rated a 95 out of 100 points by the editors, had been awarded the “best single-variety white wine” prize by the magazine’s 2017 tasting panel.

The 2016, also a winner of the masthead’s gold medal, scored a whopping 96 points (besting the previous vintage by a point) with the magazine’s 2018 tasting panel.

I had to pull some serious strings at Vinitaly this year to taste the 2016. Even though I had asked the winery’s publicist to make me an appointment at its stand at the fair, the team member flat out refused to pour me the wine when I showed up at the agreed-on time. It took a call to the owner himself to open that bottle (I know a guy…).

And it was worth it… If ever there were a white that embodied the notion of “unbearable lightness,” this would be it: the wine’s intense, rich flavor and texture was buoyed by its remarkable freshness and its glowing white fruit and white flowers. And underlying the fruit, a vein (as the Italians would say) of delicate nuttiness played its savor character in counterpoint to the elegant, juicy sweetness. What a wine!

It was also impressive inasmuch as Lugana, beyond the Brescia-Verona axis, is rarely considered a contender for best in show. Part of my curiosity about the above-mentioned (and overblown) release stemmed from the fact that you never see Lugana and its local variety Turbiana called out like this (by the way, many today believe that Turbiana is genetically synonymous with Verdicchio and not Trebbiano as the linguistic affinity would suggest).

If this wine is any indication of the appellation’s potential (and surely it is), we should all be looking more carefully at Lugana as one of the spiritual homes for great white wine from Italy.

Is the “best white wine in the world” Italian? Probably not. But man, Italy’s ability to deliver world-class whites seems only to expand.

One thought on “Is the “best white wine in the world” Italian? Maybe not but Lugana delivers a world-class label…”