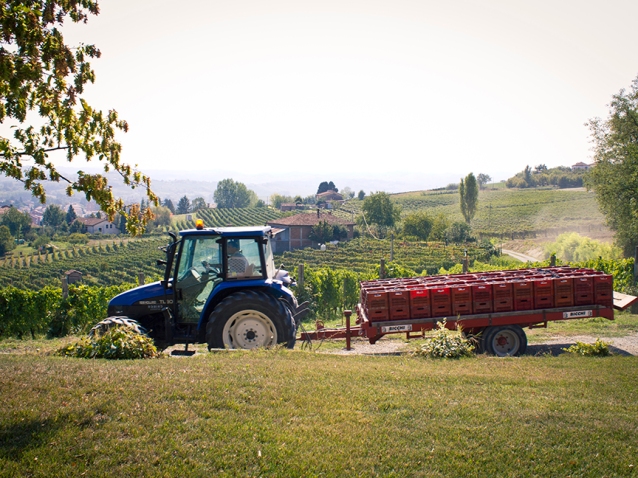 “Italian immigrants made sure Barbera had a home in California,” wrote José Vouillamoz in Wine Grapes (Ecco 2012).

“It has proved more popular than the noble Nebbiolo in [the state] with older vines in the Sierra Foothills proving particularly successful. The variety [also] benefited from the Cal-Ital vogue.”

These notes from Vouillamoz’s Barbera entry recently came into sharper focus when I stumbled on a text that left me scratching my head and wondering: had Prohibition not disrupted the immense and immensely lucrative popularity of Californian Barbera in the early 1900s, would we be drinking Napa Valley Barbera instead of Napa Valley Cab today?

In the course of my research for a new blogging project I’m working on, “An American in Barbera,” I came across a 1910 petition submitted to the California Supreme Court, asking for an injunction in trademark litigation between Italian Swiss Colony (the plaintiff) and Italian Vineyard Co. (the defendant).

The latter was infringing on the former’s trademark, according to the complaint. Italian Swiss Colony was hoping to stop Italian Vineyard Co. from labeling its wines with the trademark “tipo” indicating the type or category of wine. And here’s where it gets really interesting.

Among the “types” of wine that the two estates were growing and bottling at the time (for more than 10 years at least, according to the document), “the defendant has been manufacturing wines having characteristics similar to those of other Italian wines, to wit [sic], those known as ‘Barbera,’ ‘Puglia,’ and ‘Gragnano’ — and has branded and marked them as ‘Tipo Barbera,’ ‘Tipo Puglia,’ and ‘Tipo Gragnano,’ in order to indicate that its said wines were respectively, of the type of the said Italian wines.”

There is a lot of juicy information (excuse the pun) loaded in this passage. It gives us glimpse of how Californian and Italian wines were marketed and perceived at the time (at least 10 years before Prohibition was implemented in 1920) and it also offers an indication of Barbera’s stature among the great grape varieties of the world at the turn of the century.

I wrote about my discovery today in a post for the Barbera d’Asti growers association collaborative writing project: My Name Is Barbera.

Please check it out. You might be surprised by my findings.

And please stay tuned: just wait until I publish my post on the origins of the ampelonym and piss everyone off!

Joking aside, I’ve really been enjoying the series, which will continue through early 2019.

Image via My Name Is Barbera.

One thought on “Italian Swiss Colony v. Italian Vineyard Co. circa 1910: would we be drinking Napa Valley Barbera instead of Cab today?”