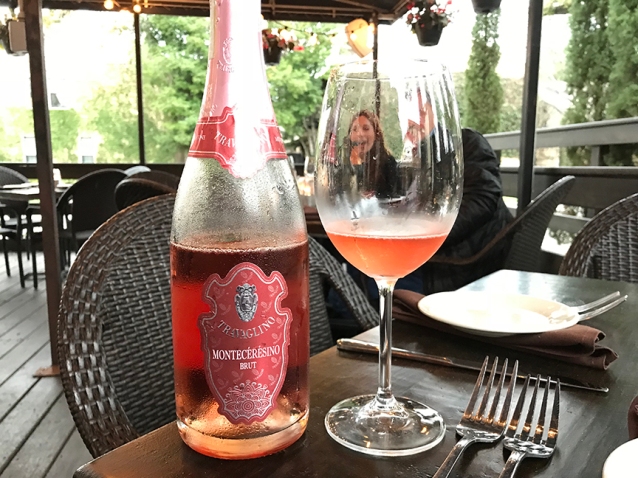 Oltrepò Pavese: it means beyond the Po [river] in Pavia [province]. It’s a DOCG and a DOC in southern Lombardy in the foothills of the northern Apennines where you have a confluence of altitude, and sandy, clay-rich, and limestone-rich soils, ideal for growing Pinot Noir, the appellation’s flagship grape.

To get a sense of the topography there, check out the Google map satellite view screenshot below.

Created in 2007, the DOCG is devoted to classic-method wines, made primarily with Pinot Noir and Chardonnay. The DOC, established in 1970, covers a broad range of still wines made from grapes including Barbera, Croatina, Uva Rara, and Vespolina. I’ve also tasted some stunning Riesling from the DOC.

Houston, the city where my family and I have lived for nearly four years, has a unique relationship with Oltrepò Pavese. The stretch of the Po River Valley between Pavia and Piacenza (Emilia-Romagna) is home to much of Italy’s oil and gas industry. As a result, there are a lot of Italians from those provinces living here. After the decline in oil prices began to take shape in 2008, many of them sought out other careers. Some of them turned to wine. It was only natural that they would work with wines from their home region.

Three years ago, a former oil and gas executive organized an ad hoc consortium of Oltrepò Pavese to participate in the Italy-America Chamber of Commerce Taste of Italy Festival (I started to consult with the chamber that year). I had never seen so many Oltrepò Pavese wines in one American tasting before. It was remarkable.

What a fantastic wine, what a great value, and what a great expression of Italian-grown Pinot Noir! I loved the rich fruit character of the wine, its freshness (aged on its lees for 24 months, disgorged May 2017), and its balance. Where Franciacorta struggles to deliver this level of quality at a by-the-glass price, the Travaglino delivers and then some.

I was also blown away by the winery’s top still Pinot Noir. It lands beyond a by-the-glass price but the transparency of its electric fruit makes it an extreme value. I really loved it.

The crazy thing is that these wines are only available in the U.S. in Texas. Cristina’s currently trying to expand the winery’s U.S. reach. She has her work cut out for her and a long, long way to go.

Until she gets there, we Texans have the exclusive and our wine community is all the richer for it. Who would have ever thunk it? Pinot Noir from the Po River Valley: Italy’s Texas tea! 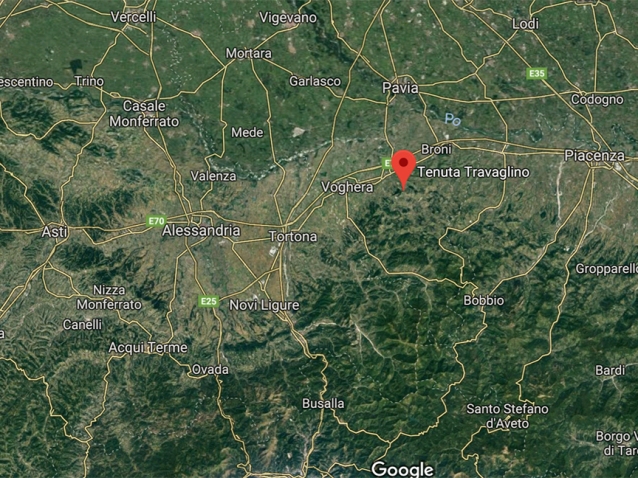 One thought on “When’s the last time you tasted an Oltrepò Pavese?”

Today on the blog, notes on where I eat and drink in Slow Food City, Bra, where I stay when teaching @unisg_official. Includes a note on the toponym Bra and features my perennial first stop @local_bra. The first in a series about My Bra. Thanks for checking it out. Please consider giving to Ukraine children refugee relief @unicef. Link in bio.