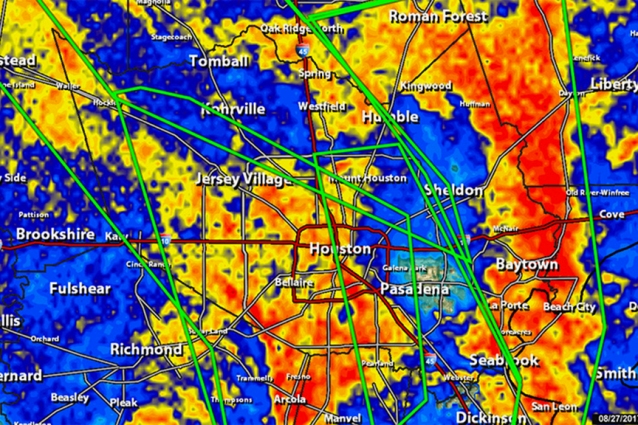 From the solar eclipse “path of [partial] totality” to Hurricane Harvey’s “cone of uncertainty” in less than a week. It’s felt a little bit like the end of times here in Houston.

According to what I’ve read online and the television news we’ve followed, 30,000 people are displaced in our city right now and flooding isn’t expected to subside anytime soon: Harvey is expected to make landfall on the Texas coast at around 1 p.m. today after it moved back out over the Gulf of Mexico.

The good news for us is that it seems like the worst is over in our little corner of southwest Houston. That’s a screenshot of the radar tracking, above, on Sunday morning when things got really dicey for us. If you look carefully, you can see Houston’s inner “loop” (Interstate 610). We are just outside the lower lower corner. 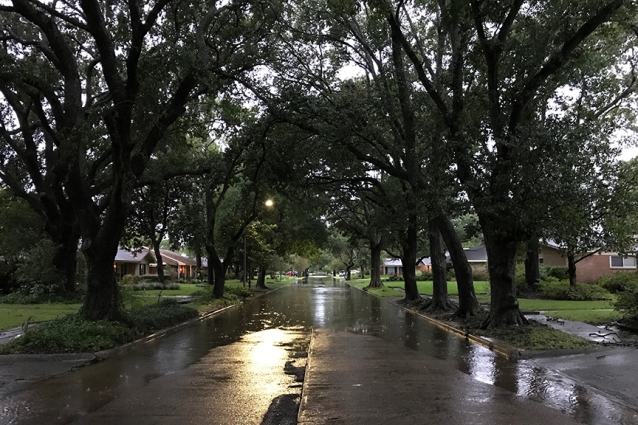 On Sunday morning, we could see that the main thoroughfare closest to us was already under a foot of water and it was creeping up our street. At the same time, water was splashing up against our sliding-door window in the back.

We thought the house was going to flood then and so we packed up to get out. It was one of the scariest things that’s ever happened to us as a family. After about five hours huddled in the living room as we watched the water rise in the backyard, it finally stopped raining and the water began to subside.

That’s our backyard, below, in a photo taken this morning.

Miraculously, our block was spared. And we even still have power.

But not every Houstonian has been so fortunate. There is major flooding all around us and on social media, there is a constant stream of posts from our friends showing flooded homes and people stranded in our neighborhood.

In many cases, people are pleading for boat rides so that they can get out of a flooded area and reach a place where they can walk to shelter or meet a loved one with a car. It’s simply heart-breaking. Now that there is some limited movement by car in our area, we are hoping to host some of our friends whose homes have flooded.

Just yesterday, when there was a brief lull in the constant rainfall, our daughters and I watched a Coast Guard helicopter rescue someone just one street over.

And tornados have torn through neighborhoods just a stone’s throw from where we live. Every time a tornado or flash flood alert goes off on our phones, we know — all too well — that a tornado or flood could rip through our neighborhood without warning. The worrying just starts to grind you down after a while. 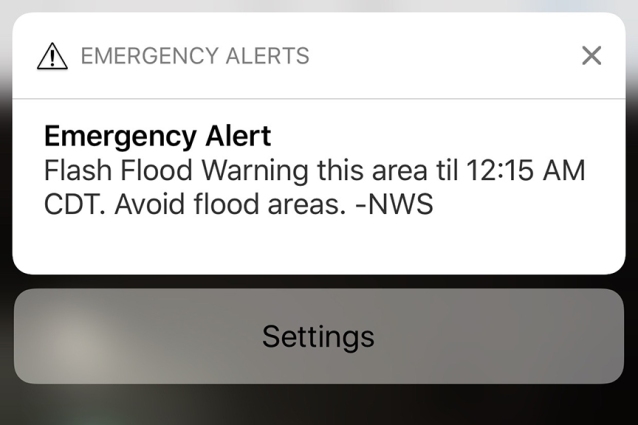 Tracie and I are exhausted, emotionally and physically: we’ve been taking turns getting up at night every hour (or every time an alert comes in over the phone) to make sure that we’re not flooding. Our girls are frightened and restless.

We are all a little stir crazy: we have plenty of water and milk and food to last us through the week, but it’s unlikely we’ll be able to get out of our neighborhood until Saturday.

We have been extremely fortunate. And it seems like the worst has passed for us but not for many of our fellow Houstonians. Because of the continuing rainfall, the flooding won’t subside anytime soon. It’s just awful… really awful. A disaster of Biblical proportions.

We are so thankful for our great fortune. And we are overwhelmed with sadness for our fellow Houstonians who haven’t been as lucky.

G-d bless Houston. G-d bless the Gulf Coast and the State of Texas.

3 thoughts on “Miraculously, Parzen family safe and dry. So many of our fellow Houstonians flooded and stranded. #Harvey”