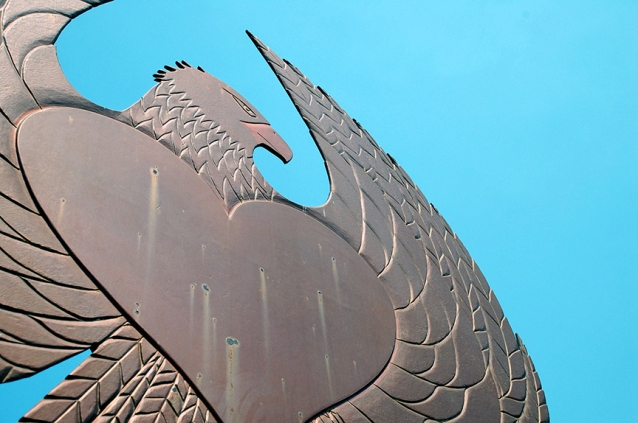 Over the span of one week, conversations with two friends of mine, both of them middle-aged and middle-class American women of Mexican heritage, revealed a dichotomy in attitudes about Latinos living in the U.S. in the Trump era.

In Houston, the Texan of the two told me that she and her family are deeply concerned about how the president-elect’s immigration policies are going to affect them and the wider network of their community.

If Trump makes good on his pledge to deport 11 million Latinos from the U.S. and, in particular, if he revokes Deferred Action for Childhood Arrivals, her extended family will surely be affected.

No one knows for certain what Trump will actually do but it’s highly likely that his newly implemented immigration policies will literally rip her family apart.

In North County San Diego, the Californian of the two told me she hopes that Trump acts on his vow to expel “undocumented” Latinos living in the U.S.

“Not another Mexican should ever be allowed into this country,” she said (verbatim).

I grew up in Southern California and called it my home until I was 30 years old.

According to the most recent data on demographics in the two states that I could find (notably here and here), roughly 40 percent of the people living in both states are Latinos. And in California, there are currently more Latinos than Whites. In Texas, the number of Latinos is expected to surpass the number of Whites by the end of this decade.

When I was a child, my caretaker was a Mexican woman (who is still a close friend of my family). I learned to speak Spanish fluently by the time I was 13 years old (long before I learned to speak Italian). My classes were filled with Mexican kids during my years of high school (La Jolla High) and college (U.C.L.A.).

Aside from my decade in New York and my years as a student in Italy, I’ve lived almost 40 years in states where Spanish is spoken regularly as a second language and where Mexicans and Whites live, work, study, and raise families side-by-side (as the demographics reveal, Texas and California are very similar in this regard). Gauging from my own personal experience, Trump’s remarks (in his opening bid to become the U.S. president) are as far from the truth as they are deeply offensive.

As a contributor to the Washington Post wrote about a month before the general election, “anyone… sold on the idea that Trump’s comments have simply been misunderstood or taken out of contest seems unable to grasp is that the act of declaring an entire group prone to illegal activity is about as close to a textbook example of bigotry and xenophobia as possible.”

In January when Trump takes office, we’ll see how he intends to implement his often repeated campaign pledge. Some states, like California, are already taking steps to protect their residents from Trump’s bigoted and xenophobic approach to immigration reform.

In the meantime, countless people who reside in our country are living in fear of what will come next.

It was only two generations ago that my family immigrated to the U.S. when my grandparents’ families fled religious persecution and economic subjugation in what are now Russia and Poland. All of my ancestors were Jews and nearly all of them were poor, disenfranchised, and “undocumented” migrants. According to our family mythology, my paternal grandmother came from a family of bootleggers. I don’t know if that’s true. But I do know that she was born into abject poverty. As the tide of history in Eastern Europe has shown, her family’s migration probably saved their lives and their biological legacy. My children are her great-grandchildren.

Trump claims to be a Christian and the majority of Whites who elected him identify as Christians (including Evangelicals’ nearly unmitigated support).

I often wonder how my White-Christian friends are sleeping the days, now that Trump is poised to become the leader of our nation.

I know for a fact that a lot of my Mexican-Christian friends have been losing a lot of sleep. 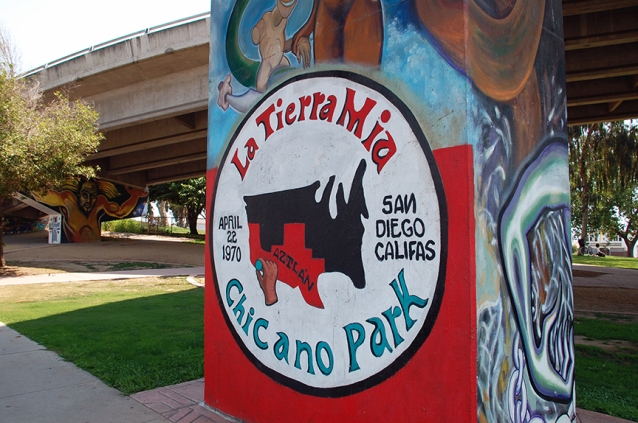 Images of Chicano Park in San Diego where I grew up via Peyri Herrera’s Flickr. See also the Wiki entry for Chicano Park.