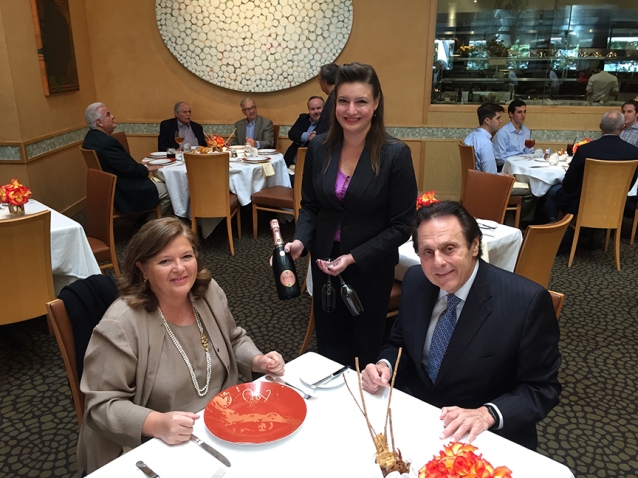 It was SO MUCH FUN for me to host Franciacorta producer Cristina Ziliani last Friday in Houston.

That’s her (left) with my friend and client Tony Vallone (right) and Tony’s general manager, Annie Balest, also a good friend of mine.

I hate to say it but Houston still gets a bad rap among people who don’t know our vibrant food and wine scene. And it was wonderful to see Cristina’s eyes light up with delight and surprise as I showed her around the city and introduced her to some of our enogastronomic highlights (and we only scratched the surface).

She came to see some accounts where they are pouring her wine and (I’d like to think that) she left with a better sense of the role that Houston and Texas play in America’s wine renaissance.

Barely a week goes by that I don’t receive an email from a producer or an importer asking me how to break into the Houston and Texas markets.

My advice is always the same: come to Houston and get a feel for the market; connect with restaurateurs and wine buyers and try to wrap your mind around what they’re interested in and what works for them. That’s the secret to success in the hard-to-crack Texas wine market imho. And over and over again, I see examples of winemakers who have invested their time here and the return it delivers.

On a plane right now to Vegas where I’ll be pouring Franciacorta for my Franciacorta consortium gig from 1-3 p.m. at Ferraro’s. Come out and taste with us if you are in town. Between the wines I’ll be pouring and the distributors who are joining me, this could be the largest flight of Franciacorta wines we’ve presented during my two-year campaign.