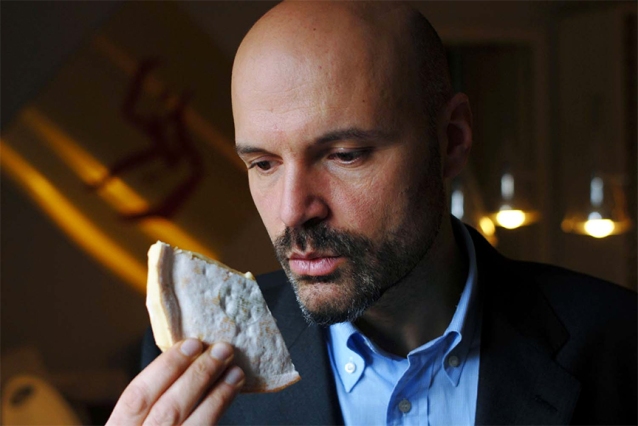 Above: Italian sommelier and critic Davide Oltolini in a photo dated August 2012 (via his Facebook page). Many Italians knew him as a frequent guest on “Uno Mattina in Famiglia,” a news and entertainment program produced by RAI 1.

According to a report published this morning (CST) by the Italian national daily Corriere della Sera, he suffered a heart attack while playing tennis in Brallo di Pregola township (Pavia province) and died a few hours later after emergency responders were unable to revive him.

Oltolini was a frequent contributor to the Corriere della Sera and countless other mainstream mastheads like Gambero Rosso and La Cucina Italiana, Italy’s “National Geographic” of food and wine writing.

He also appeared regularly on national television, including the popular RAI 1 show “Uno Mattina in Famiglia,” a morning news and entertainment show that featured segments on Italian gastronomy.

Italy’s youthful food and wine scene was drawn to his magnetic presence on social media and he was known affectionately for his love of selfies. He would famously ask people from all walks of life to pose with him for the self-portraits.

“The first thing he would do when he saw you was take a selfie with you,” said an acquaintance, a young Italian wine professional who took time out today for a brief phone interview. “That was his thing.”

“We all followed him on social media and he was a great moderator [of wine tasting panels]. We’ll all miss him a lot,” she said, noting that he will be remembered for his upbeat presence.

One thought on “Italy mourns the loss of sommelier Davide Oltolini, 48, beloved food and wine critic”