Today, a guest post by my cherished friend Nico Danesi… 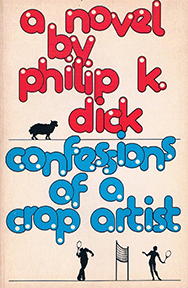 “If this world’s all for the winners, what’s for the losers?”

“Well, somebody’s got to hold the horses.”

Before I first crossed the Atlantic, there was a man who brought me to America. He took me there without ever going.

He took me to places where America is colored by the exasperated reflections of legend and contention, where poetry is fragmented into hallucinatory but vivid images, unreal only in the eye of those who believe in proclamations and don’t know how to listen to humanity in pain, imperfect but beautiful nonetheless.

If, in her or his propaedeutic arc, a functional wine drinker sets out as an “Absolute Beginner” drinking the “bestest wines” of the world, would she or he understand them?

Surely, she or he would be hard-pressed to describe them or offer commentary but she or he would surely enjoy them. Such enjoyment would come in brilliant flashes and would deliver a deep well of wonderment upon which the most solid of foundations could rest.

I believe the same holds for artistic expression as in music, cinema, poetry, and literature.

As a child, I was nourished by an uncle who was more like a friend and big brother. He fed me words and magical images that drifted inside of me as they evoked a limpid but also often terrible America.

And when I became a big kid, my consciousness made personal analysis possible and the teachings became a basis for comparison.

Before Philip K. Dick made it through customs, Beppe somehow managed to procure a first edition of Confessions of a Crap Artist. Back then, no one remembered the gangster comedies anymore and we passed the time reading the short stories of Damon Runyon. He had me listen to Portnoy’s Complaint and Thomas Pynchon’s ravings before either were considered cult. Every time we relieved ourselves together outside, you could smell Black Spring in our piss.

Back in our little village out in the country, we went to see “the world’s greatest bassist” not long before he returned to America and was beaten to death by a bouncer.

He got me drunk for the first time when I was still wet behind the ears. But the ride back home was fine because he drove slowly, like an American.

He taught me to question everything, especially the most absolute truths.

He told me that work is a constraint, not a duty or blessing. And I believe him. Ironically, he was already dying when he was admitted to the hospital on May Day.

It’s strange that even though he drank plenty of wine, it never became a question of aesthetics for him. But maybe he was right: He was the child of farmers and wine was ultimately a workaday affair. I wish I could have shared with him a drop of the world where I practice my art. But by the time I got there with my first bottles, it was too late. He had already succumbed.

After years of being away, I went back to see him and he gave me a book that reveals a great deal about America. A book from a long time ago, On Boxing, written by a woman.

But maybe good advice, just like a book or a poem or a film, should only be drunk so that it gets inside our veins.

One thought on “Epitaph for an Everyman: “I am America” (guest post)”