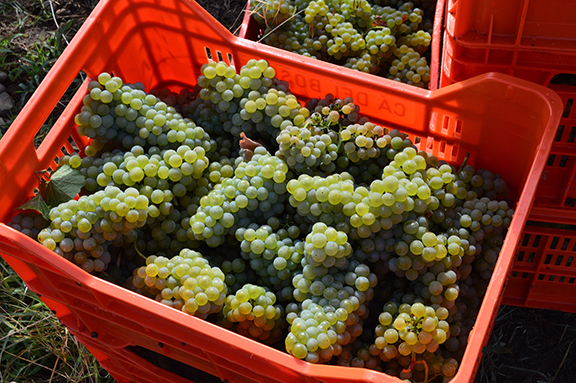 During my first full day in Franciacorta today, I spoke to a handful of growers who made a point of pointing out that harvest isn’t over quite yet.

Yes, most have harvested the majority of their fruit and nearly all the Pinot Noir has already been picked.

But there is still a considerable amount of Chardonnay in the vineyards, some noted, like the parcel in the image below, in Passirano township. 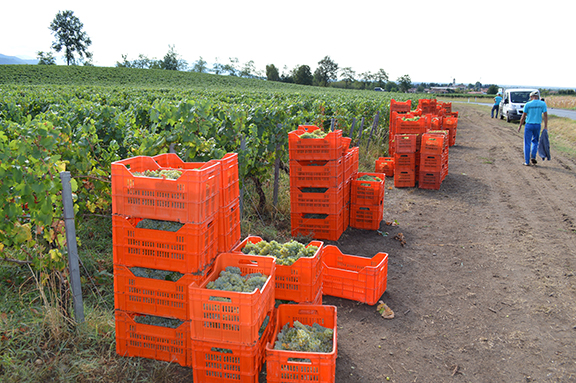 There are a few holdouts, I’ve been told.

Ripeness is a sensitive subject among winemakers here and the topic is particularly delicate in a warm vintage like this one.

But across the board, everyone I’ve spoken with says that it’s a good if not great vintage for them, with less fruit that they would have hoped for but healthy fruit nonetheless with good acidity.

The alarming news is that there is a panther on the loose in Franciacorta. Yes, a panther.

On Thursday, a group of roughly 40 officials — police and firepersons — is planning to hunt down the beast, which was first spotted on July 31.

Some have doubted its existence but it’s believed to have been “caught” on a video surveillance tape.

Panthers are not indigenous to Franciacorta and if it does exist, it probably escaped from an illegal trafficker or an eccentric collector of illegally trafficked animals.

The subject came up today when I told my hosts about how I went jogging at dawn near the Franciacorta marshes on Sunday morning.

Evidently, the whole area is on lockdown, especially during nighttime and early morning.

Wouldn’t that have made for a fantastic blog post? “American wine blogger attacked by panther in northern Italian wine country!”

Well, on second thought, probably not worth the clicks…

Click here for notes from our tasting today at Il Mosnel. Thanks again, Lucia and Giulio! Great tasting and tour!