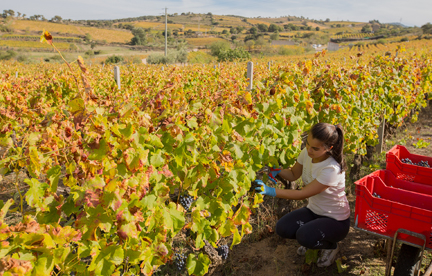 Above: Harvest at cult grower and Cannonau producer Giovanni Montisci in Sardinia late October. Photo courtesy of Renzo, a reader.

Assoenologi, the Italian association of enotechnicians, released their final evaluation of the 2013 vintage this week.

The report came to my attention today via Luciano Pignataro’s excellent wine blog.

According to the report, Italy’s “bizarre” weather did not have a negative effect on the quality and quantity of the vintage.

“A bizarre climatic progression but not negative,” write the authors of the report. “After a very mild fall (among the warmest in the last 25 years), the winter began with a sharp drop in temperatures, which were lower than average. Throughout Italy, January, February, and March were characterized by high rainfall with greater levels than the seasonal average. The amount of rain- and snowfall during this period were the highest in the last 50 years.” 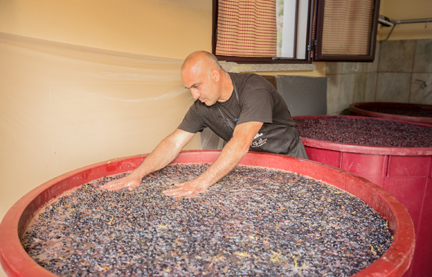 Above: Among Italian wine insiders, Giovanni Montisci is considered to be one of the top producers of Cannonau working today. Even at around $50 a bottle, the wines are well priced for the quality (there is some available, according to WineSearcher, in California).

The association, which published an earlier report in August of this year, has “some second thoughts regarding quality.”

The vintage is “surely excellent for white wines but there are some questions regarding red wines that were harvested in the first part of October because throughout the entire peninsula, rainfall hindered the end of ripening for certain varieties and caused other varieties to be harvested earlier” than desired.

Italy could be the world’s largest producer of wine this year, write the authors, although Spain could also take that title.