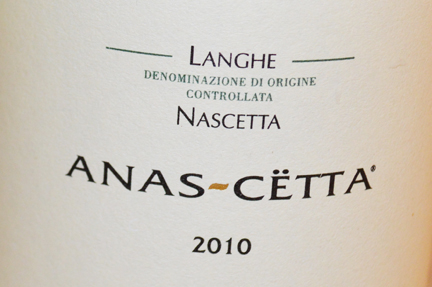 A note of thanks to my friend and colleague Brittanie Shey (Houston-based music and lifestyle writer) who brought this New Yorker piece to my attention: “The Curse of the Diaeresis.”

It interests me for three reasons: 1) my doctoral thesis on medieval & Renaissance prosody (meter/versification) and transcription included a chapter devoted in part to diaeresis; 2) I have always been annoyed by the New Yorker’s hypergrammatical (yes, that’s a term; I didn’t coin it) use of the umlaut (aka diaeresis); and 3) Valter Fissore uses a gratuitous umlaut in the proprietary designation for his Cogno Langhe Nascetta.

Call it unheimlich: Brittanie tweeted the link yesterday, a day after I posted a tasting note on the wine.

The first time I tasted with Valter in 2008, I asked him about the use of the diacritic in the designation. He explained to me that it was a creative way of working around a bureaucratic road block.

He couldn’t write “Nascetta” (or “Nas-Cetta”) on the label of his wine (first bottled commercially) in 1994 because the designation was not allowed by the appellation at the time. So he wrote “Anas-Cëtta,” using the dialectal ampelonym and adding the umlaut as a flourish (however erroneous and out of place). He needed to say “Nascetta” without writing it.

I won’t conceal that I’ve gently chided Valter about this. I am a scholar of prosody, after all.

But yesterday, upon learning that the hypergrammatical diaeresis used by New Yorker editors has its origins in a purely capricious application of the diacritic, I realize that I’ve been too severe with Valter.

For the record, diaeresis was discussed in my dissertation (excuse the alliteration) because Renaissance editors of Petrarch, notably Bembo, introduced erroneous diaeresis in their transcriptions of Petrarch’s Rerum Vulgarium Fragmenta (song book) in order to reconcile seemingly “un-Petrarchan” scansions with their notions of Petrarchan prosody. See the image below (and may the brave among you click for PDF version). 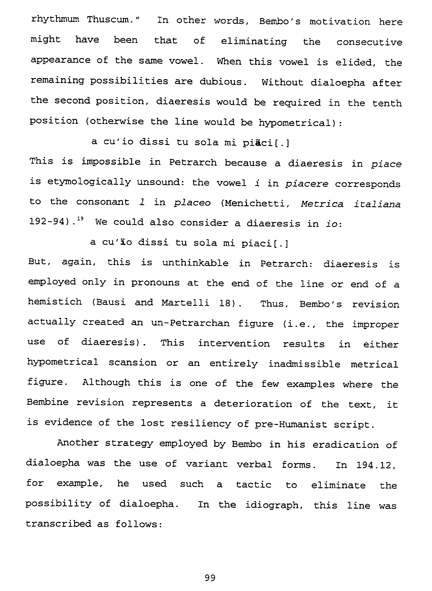