Comrade H brought the news to my attention over the weekend. 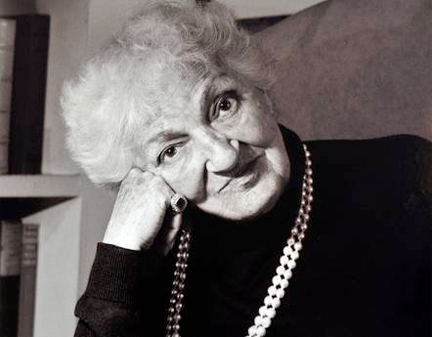 She contributed to some of the greatest movies of all times and she did so in at a time when few women worked as writers in the Italian film industry.

The number of classic films on which she collaborated are too many to list here but you know her work the way you remember your Sunday prayers: Bicycle Thieves, Miracle in Milan, Rome Open City, Big Deal on Madonna Street, The Leopard, and the list goes on and on, nearly every one of them a sine qua non of the twentieth century.

One film that you may not remember, but one of my all-time favorites, was her first film with Visconti, Bellissima, the story of an over zealous stage mother in Rome (played by Anna Magnani) who is driven out of desperate poverty to make her daughter a star. It’s a comic-tragedy that simultaneously makes us laugh and cry as we sit on the edge of our chairs rooting for the girl, knowing all the while that poverty has driven the mother to forget that true riches lie not in wealth but humanity. Watch this scene where Maddalena (Magnani) quarrels with her husband Spartaco (played by Walter Chiari). I’m not sure but I imagine that Cecchi wrote this sequence. One thing I know for certain: even if you don’t speak Italian, it will move you to tears…

Man, they don’t write ’em like that anymore, do they, Comrade H?

3 thoughts on “Bellissima: an Italian cinema great has left us”

Loved our seminars! I’ll see you guys in October when we pick up the conversation again. Thanks for a great class! Now go make the world a better place to eat! #nopressure