It’s seems like it was just yesterday that I was posting a sigh of relief that the U.S. Alcohol, Tobacco, Tax, and Trade Bureau (TTB) was lifting its requirement of Italian government certification for Brunello di Montalcino imported to this country. Nearly every Italian news agency and feed (ANSA, Yahoo.it, etc.) had reposted agricultural minister Luca Zaia’s press release in which he announced — with cocksure nonchalance, I may add — that the requirement had been lifted following his successful meeting in Washington with TTB bureau head John Manfreda. Even Brunello producers association director Patrizio Cencioni issued a release praising minister Zaia and thanking him for a job well done. (You can read all of the press releases here.)

But it seems that minister Zaia was a little too quick to sing his own praises.

Late yesterday afternoon, another post hit the feed as the Italians were already sleeping: the TTB issued a press release in which stated plainly and clearly that the agricultural minister had falsely represented the agreement negotiated in the minister’s meeting with Manfreda last week. Despite claims otherwise, states the document, Italian government certification is still required. And it will continue to be required, according to the document, until the Italian government presents the Siena prosecutor’s final report on the investigation (the so-called “Operation Mixed Wine” inquiry into the suspected adulteration of Brunello and other Tuscan wines). 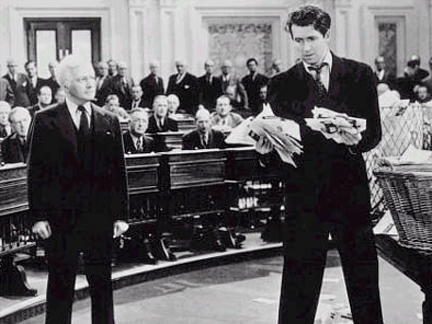 I spoke this morning to Brunello producer Fabrizio Bindocci of Il Poggione in Sant’Angelo in Colle and he told me that he and Il Poggione’s owner Leopoldo Franceschi were left dumbstruck when they read the news of the TTB’s clarification. “Maybe Zaia met with the doorman, not the TTB administrator,” Fabrizio wondered out loud with classic Tuscan wit. (Fabrizio’s son Alessandro has posted the entire series of press releases at his blog Montalcino Report.) “We feel that certification should be required and it should continue to be required,” said Fabrizio, whose wine has been certified by an independent Norwegian risk management firm since 2003, long before the controversy began.

In his post this morning, Franco published an image of Walt Disney’s Pinocchio and asked: “Just for the sake of clarity, can somebody — in Montalcino, Rome, or Treviso — help us to understand what’s going on?” (Minister Zaia hails from Treviso.) And making reference to Zaia’s bid to become governor of the Veneto (his home region), Franco asks rhetorically, “is it so hard to understand that it’s not possible and it makes no sense to run an electoral campaign in the Veneto using the supposed great success obtained in the [minister’s] campaign in Montalcino?”

@Mr. Zaia you are no James Stewart: if you need an interpreter the next time you head to Washington, feel free to give me a call!

On Friday, Franco and I posted the news that the U.S. Alcohol, Tobacco, Tax, and Trade Bureau (TTB) has lifted the requirement of Italian government certification for Brunello di Montalcino imported to the U.S. The lift was agreed after Italian agricultural minister Luca Zaia met with bureau administrator John Manfreda last week.

I am happy to observe that despite the hail of the controversy (like the early-fall hail of 2008, that damaged but did not destroy the harvest; see above), Brunello and its producers — large and small — have emerged intact and healthy.

Looking back at the Brunello affair, in the glow of the Montalcino sunset, I am convinced of two things: that the controversy was a healthy wake-up call for producers (and that, ironically, it helped to raise positive awareness of the appellation abroad); and that, in many ways, it shed light on the importance and strength of the Italian appellation system.

At the same time, I believe the TTB’s response to the controversy was a trans-Atlantic misunderstanding: as the dearly departed Teobaldo Cappellano pointed out in the Brunello debate a year ago, the DOC/G system was created to protect the producers and the territory, not the consumer. And as much as I loath the thought of a Brunello producer “cutting” his Sangiovese with another grape variety, the transgression is a victimless crime as it relates to the consumer. If the consumer likes the wine and is satisfied with the perceived price-quality ratio, s/he is not molested by this misdeed.

The real victims were those producers who remained and continue to remain true to the territory and the territory itself. If unscrupulous enologists and calculating landowners did indeed adulterate their wines, and in doing so, co-opted and misappropriated an appellation tied to the land and the people who created it, therein lies the injury inflicted on their compatriots.

The saddest legacy of the Brunello controversy is the ill will it has created in the microcosm of Italian wine. On the same day that the Italian agricultural ministry issued a statement announcing the requirement for certification had been lifted, Franco (above, right; mentor, friend, and my partner in VinoWire) posted about a “cease and desist” letter he received from a lawyer representing a commercial winery. (For the record, Franco expunged any reference to the winery and wine in his post and I am merely speculating that the winery in question produces Brunello.) But the letter did not refer to something Franco had written: it referred to comments made by his readers! In one of the comments in question, a reader had made a remark about the unusual dark color of the wine by said winery. Has it really come to this? Do behemoth, commercial producers of Brunello really feel so threatened by a comment thread on a blog? Has it really come to this? Must a blogger feel threatened for merely allowing his readers to express their opinions in the comment thread of a blog?

Today, few who reside beyond Montalcino remember that Montalcino and its environs were one of the Germans’s last battlegrounds as they retreated in the face of the Allied advance in the last year of the Second World War. Even before the war, Montalcino and Tuscany were centers of the “red” resistance to fascist rule. Looking back on the whole Brunello affair, I was reminded of a little red book given to me by the mother of three brothers in Montalcino, whom I’ve known well since 1989. The locally published tome is by political activist, later partisan, and then local politician Carlo Sorbellini (above): Le mie memorie (My Memories). His descriptions of the years leading up to the war and the sacrifices made by him and his compatriot partisans during the German occupation are among the most humbly written and most moving narratives I have ever read. Many people shed their blood and gave their lives to protect this unique place: the same mountainous geography that made it a German stronghold also made it a great place to make fine wine after the war. And this Unesco-protected valley is among the most beautiful places in the world.

One thing I know to be true: I heart Brunello and I heart the people that lived, loved, and died to make it what it is today.