While the event celebrated the opening of the IACC’s new outpost in New Orleans, it also marked the beginning of its expansion into greater Louisiana, Arkansas, and Oklahoma. With new territory to cover, the IACC has also changed its name to “Italy-America Chamber of Commerce South Central.”

As a long-time media consultant for the IACC, I couldn’t be more thrilled, in part because I’ve always wanted to spend more time in New Orleans, one of the country’s most culinarily compelling cities.

But I’m also eager to do more work with Liz, a noted food historian and author, one of the most talented food writers working in the U.S. today imho.

She and I have appeared on panels together at the IACC’s annual Taste of Italy festival. I’ve been wholly impressed by her encyclopedic knowledge of American gastronomy. But I had never visited her extraordinary museum, which also includes the Museum of the American Cocktail and a newly added kitchen and events space.

If you’re into American foodways, the Southern Food and Beverage Museum needs to be on your radar. I can’t recommend it highly enough. (Check out the photo album I posted this morning on the IACC Facebook with images from the event.) 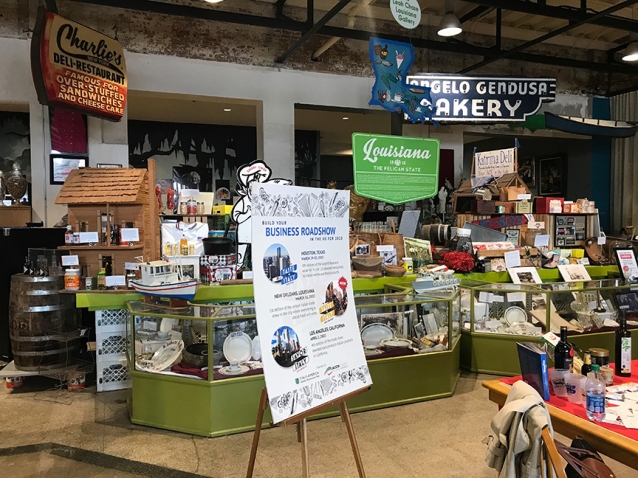 On Tuesday, March 31, the IACC and the Southern Food and Beverage Museum will be co-presenting the first Taste of Italy New Orleans festival. The chamber has held the event in Houston for the last five years and I’ve been the gathering’s emcee for the last three years. I’ll be emceeing in New Orleans as well this year and Liz and I will both be appearing on seminar panels.

The Houston event is scheduled for Monday, March 30. See details for both here.

As Liz pointed out in her address yesterday, New Orleans is home to one of North America’s oldest and most vibrant Italian communities. Following Emancipation, she explained, Sicilian sugar cane workers were recruited to work at the plantations and sugar mills. Many of them laid down roots in their newfound home. It’s only natural that New Orleans cuisine would be deeply influenced by Italian gastronomy.

One of the things that I love the most about my newfound home here in Southeast Texas is how good the food is. My wife Tracie grew up on the Louisiana border where the food leans, understandably, toward the Cajun style. And Houston, in the years that followed Katrina, became home to many displaced New Orleans chefs. They have been a big part of Houston’s food and restaurant renaissance.

Before the event yesterday, I managed to carve out time for the “Gumbo Combo” at the extraordinary Heard Dat Kitchen, walking distance from the museum (see also this write-up here). Many folks won’t know that potato salad is a garnish for gumbo in this part of the world. And this gumbo, served with a small side of potato salad, was hands down the best I’ve ever had and I have had a lot of gumbo since moving to Texas 12 years ago and marrying a woman from Southeast Texas 10 years ago (sorry, uncle Tim; yours is great but this was the one).

A famous Italian physicist is believed to have once said that “the whole universe is in a glass of wine” (he probably didn’t really say it but the quote is ascribed to him).

As our country continues to struggle with its identity and its original sins, Tracie and I have been spending a lot of time reflecting on what it means to be an American today. Yesterday, on a gray day in New Orleans’ Central City, I realized that the whole of America is in a cup of gumbo on the corner of Felicity and Magnolia.