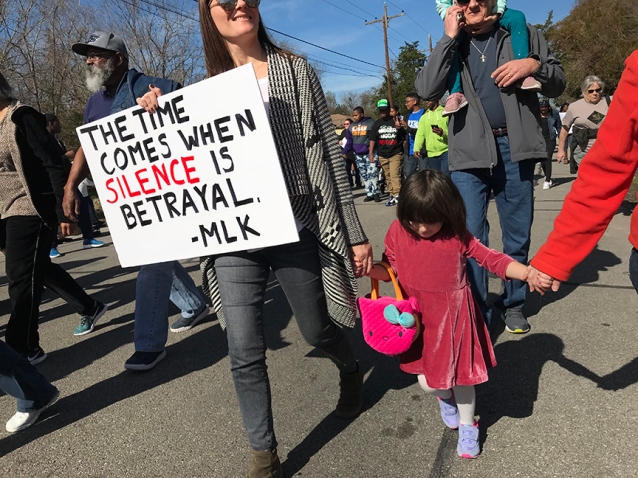 Graphic designers: Tracie and I need your help to design an electronic billboard to be displayed across from the newly erected Confederate memorial in Orange, Texas (on the Louisiana border) where Tracie grew up.

We first began protesting the site — which stands on the corner of Martin Luther King, Jr. Dr. and Interstate 10, in view of the freeway — in 2017.

Last year, as part of our Martin Luther King, Jr. Day protest, we used a GoFundMe to raise money for an electronic billboard celebrating Dr. King and his quest to end racism in the U.S. The “ad” was displayed on a commercial billboard that literally looks down on the site from across the road.

And you can see images of the actual billboard here (on our GoFundMe).

Last year’s billboard was designed pro bono by a designer friend of mine. This year, we’re hoping that someone new will step up to help us with our campaign.

If you’re interested, please shoot me an email by clicking here.

Over the course of our efforts, Tracie and I have been threatened with physical violence, slandered via an anonymous “poison pen” letter, and told that “Jesus Christ [expletive] hates us.”

We stand undaunted by the cowardly efforts to silence us — yes, I’m talking about you, Sons of Confederate Veterans!

Thank you for your support and solidarity. 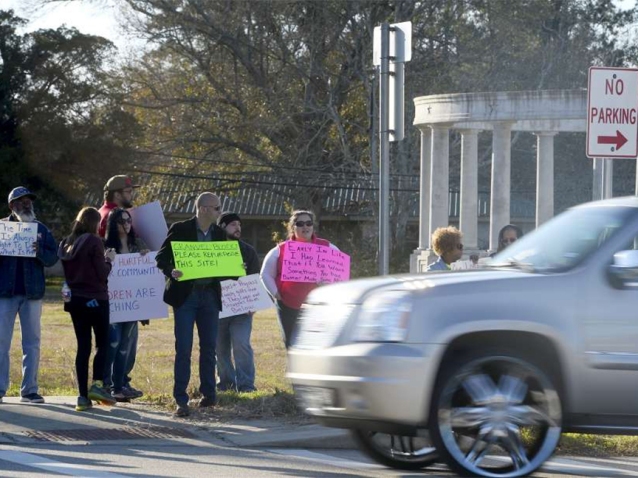