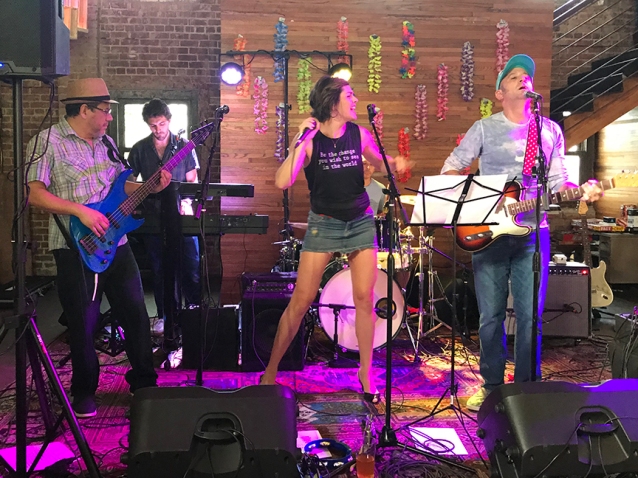 Above: my new band, still nameless, will be playing at Mongoose vs. Cobra in Houston on Sunday, July 14. Two sets from 5-7 p.m. That’s me with the Telecaster, stage left.

Back when my French band Nous Non Plus was touring and playing regularly in New York City, I used to have a gig on my birthday every year — sometimes two!

I was born on July 14, 1967, during the summer of love, on Bastille Day, the day the French revolutionaries, Les Sans Culottes, stormed the famous prison in Paris (the other French band I used to belong to was called Les Sans Culottes, loosely translated as those who don’t have pants).

To this day, my parents both tell the same story of the day I was born: “La Marseillaise,” the French national anthem, was playing on the radio the morning they drove to the hospital.

Nous Non Plus played its last live shows in 2013. And I still pine for those wonderful years of playing great music and making records with my bandmates, whom I’ll love until my dying day.

I’m super geeked to share the news that I’ll be playing a gig this year on my birthday at a Bastille Day celebration hosted by Mongoose vs. Cobra, one of Houston’s many super cool hipster beer gardens (in Midtown).

Our new band in Houston doesn’t have an official name yet. But we have two sets of great covers from the 70s and the 80s. It’s a super tight, rocking band and really fun.

You can hear the Les Sans Culottes live version of the “Marseillaise” from our only live album here. And yes, that’s me playing guitar. That show was recorded at the Bowery Ballroom in lower Manhattan where we used to headline regularly. Thanks for listening!