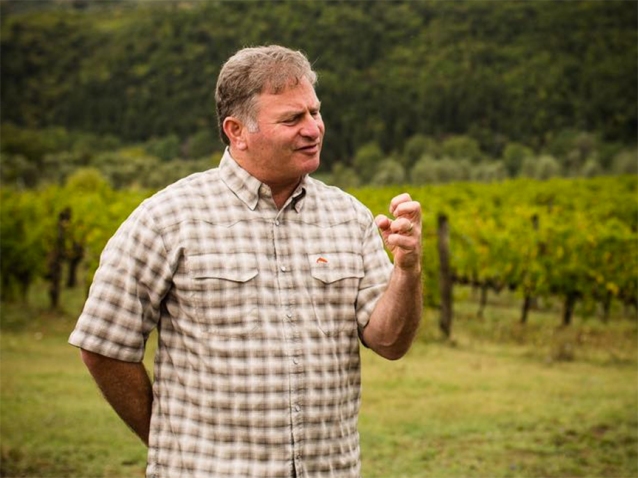 Above: for nearly 30 years, Brian Larky has created opportunities for Italian wine in the U.S. by building markets where there were none (image via Brian’s Facebook).

“A lot of times,” said Steve Jobs in a now famous 1998 Business Week article, “people don’t know what they want until you show it to them.”

I was reminded of his prescient observation a few years ago when I met with Anselmo Chiarli of the Cleto Chiarli winery at Vinitaly, the annual Italian wine trade fair in Verona.

“When Brian [Larky of Dalla Terra Imports] told me he wanted to bring our Lambrusco di Sorbara into the U.S.,” Anselmo remembered as we tasted together at the gathering, “I thought he was crazy. But he insisted.”

The rest is history. Today, Cleto Chiarli Lambrusco di Sorbara Vecchia Modena is one of the best-selling niche wines across the country.

One (hu)man’s Sorbara is another’s surprise. When Brian first brought Cleto Chiarli’s Sorbara to the U.S. in 2011, few American wine professionals even knew what it was. They knew the Lambrusco category but generally shunned it because of its association with down market and “misery” market wines. Cleto Chiarli had a presence in the U.S. previously but no one had ever brought in the Sorbara.

It only took a few short years for sommeliers to get hip to it: its beautiful bright color, its fresh fruit flavor, its low alcohol, and the old school “vintage” packaging were a nearly instant hit among the wine cognoscenti. I’ll never forget a Master Sommelier in Austin who poured it for me with great pride in 2015. A few year earlier, Lambrusco di Sorbara would have hardly been on his radar.

It was a wine that Americans didn’t know they wanted — until Brian created the market for it. Brian’s intuition was spot on and today the wine serves as a gateway for other products from the winery and from Brian’s Dalla Terra importing business.

“Creating a market for your brand” is the theme of a panel that Brian and I will be leading for Taste of Italy exhibitors on Sunday, March 4 in Houston. Unfortunately, the discussion is open only to Italian producers visiting for the fair.

But you can taste Cleto Chiarli Lambrusco with Brian and me the next day, Monday, March 5 at our “ULTIMATE WINE PAIRING: TEXAS BBQ AND LAMBRUSCO” seminar and tasting in at the Hilton Post Oak. It’s a great opportunity to interact with Brian — an Italian wine industry legend — and to taste these awesome wines.

I hope to see you there! Ping me if you need media passes.

One thought on “Italian winemakers, here’s the secret to getting your products to the U.S.: just ask the Steve Jobs of Italian wine, Brian Larky”