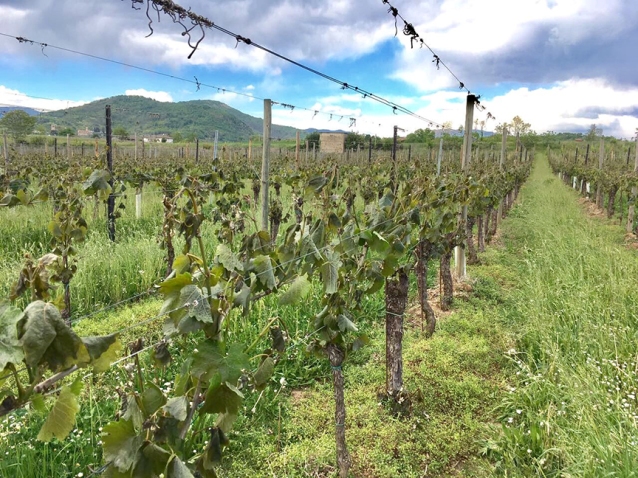 Above: vineyards affected by this week’s sudden frost in Franciacorta. Note the down-turned, wilted leaves (image by Dario Vezzoli).

Mainstream media reports of frost-affected vineyards across northern Italy are beginning to trickle in as grape growers assess the damage in the wake of this week’s anomalous freezing temperatures.

One Prosecco grower told me that even the “old folks” don’t remember a late spring frost like the one that occurred mid-week.

Making matters worse, the vegetative cycle had been accelerated this year by unusually warm temperatures in March and the young shoots were even more susceptible to the freezing temperatures.

In some northern Italian regions, there are calls for the government to declare a state of emergency.

According to a report published by Oggi Treviso, 30-50 percent of this year’s Prosecco harvest has been affected.

In a post by La Stampa Asti (the Asti edition of the national daily), at least one grower said that he had lost 25 percent of his crop (although anecdotal reports on social media seem to indicate that the damage may be much greater).

ANSA (Italy’s counterpart to the Associated Press) reported that in some areas in Emilia-Romagna, where temperatures reached -4° C., “60-70 percent of vineyards in an advanced phase of budding” have been impacted.

According to Il Giorno di Brescia, up to 40 percent of farmland in Franciacorta could be affected.

The editors of the Il Gazzettino Pordenone wrote that “Friulian agriculture is on its knees.”