What a thrill for me to get to play the country jams with some of my best friends and country guitar great Dave Gleason yesterday at Jaynes Gastropub in San Diego.

With a weekend sandwiched between trips to LA and NYC, it made the most sense to stay over in Southern California and so Jaynes co-owner Jon scheduled an afternoon set for our Americana/country project, The Grapes (named after the legendary pub in Liverpool where the Beatles used to drink). 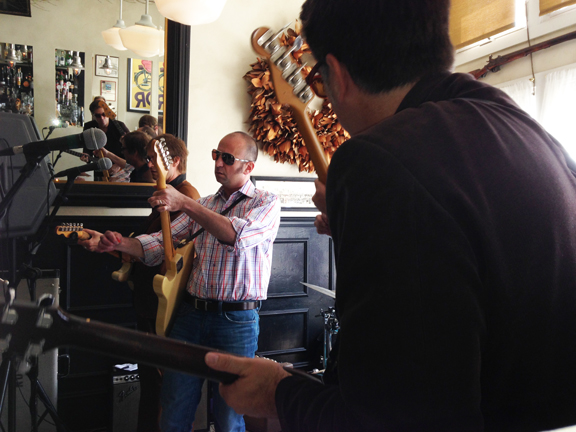 Our set was part of the 2014 Adams Avenue Unplugged Festival, featuring live music along this bustling boulevard in San Diego’s university district.

Above: I can’t reveal his name for contractual reasons but San Diego music insiders will recognize the celeb who sat in on keys with Dave’s band (foreground).

Music used to be such a big part of my life and it’s such a joy for me to get the chance to rock out with people I love.

The place was packed and our set was really well received, especially our cover of Tony Joe White’s “Polk Salad Annie.”

Dave’s set brought the house down. He’s such an incredible, expressive country player and the breadth of his tone is amazing. He has a b-bender on his Tele and the only effect he uses is the reverb in his Fender Deluxe amp. He’s the real deal: just a great guitar plugged directly into a great amp (he doesn’t even use a tuner). 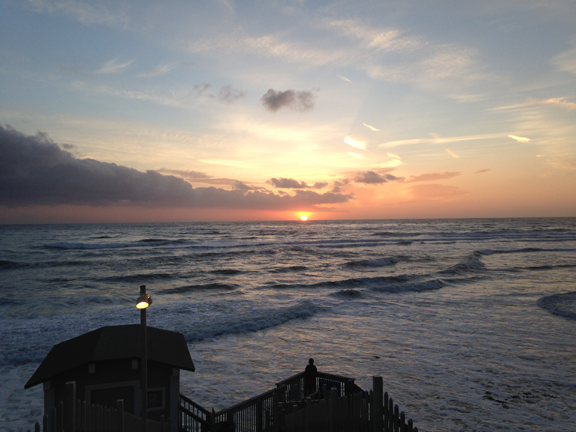 Above: they say it never rains in Southern California.

At the end of the day, I headed up north to reconnect with another high school best friend, Charlie. We popped some Bele Casel Prosecco and watched the sunset from the cliffs above the beach. Stunning…

Now I’ve got to get myself onboard an east-bound 747. See you on the other side…

I’m the one with no hair obviously. The other person is Mr. Shanon @romahtx :) ❤️