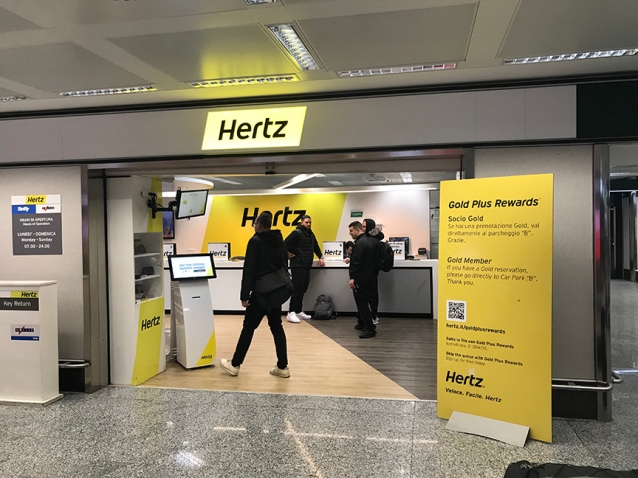 Although international driving permits for foreigners have been required by Italian authorities for decades, rental car agencies have rarely, if ever, insisted that drivers present a permit before renting a car there.

But that seems to have changed: two weeks ago, for the first time in my 30+ years renting cars and driving in Italy, the agent at the Hertz counter at Malpensa airport asked me to present my permit before she would give me the keys to a car.

When I asked her why she had asked me to show her my permit before she would release a car, she told me that her company has begun to check drivers’ permit status after Italian police had impounded vehicles driven by foreigners who lacked a permit.

Since the first time I rented a car in Italy back in the late 80s, I had read and been told that not having an international driving permit (IDP) could lead to stiff fines. And even though I have always obtained and renewed my IDP before traveling there, I had never been asked to present it — not by authorities or rental car agencies. I’ve been pulled over on a handful of occasions for random police controls (although I have never received a ticket or fine). When that happened, the police never asked me for my IDP. (I have been fined for speeding after receiving a ticket generated by a speed camera; see my post on my experience here.)

On its website, the Italian ministry for infrastructure and transportation clearly states that an IDP is required to drive in Italy. But, again, I had never heard of the law being enforced.

According to the U.S. Federal Trade Commission, “an international driving permit (IDP) translates your government-issued driver’s license into 10 languages. Although your U.S. driver’s license lets you drive in many foreign countries, the translations in the IDP are intended to minimize language barriers when you drive in countries where English is not widely spoken or understood.”

If, like me and countless other wine professionals, you’ll be headed to Italy this year and plan to rent a car, it’s worth the negligible fee and hassle for an IDP (I get mine at my local AAA office).