It has been dubbed the “Sauvignon Connection” by the Italian news media (who use an English-language reference to the 1971 crime thriller starring Gene Hackman in their shorthand).

In September of 2015, 17 wineries were implicated in an Italian anti-adulteration investigation of the use of prohibited additives in the production of Sauvignon Blanc wines in northeastern Italy.

The “magic potions,” as they were called by investigators, posed no health risks, they said. But they allegedly gave the wines aromas considered atypical by many Italian wine trade observers and local growers and bottlers.

Among the wines confiscated for analysis by Italian officials, some have won top awards in international wine competitions and have received top ratings from leading Italian wine reviewers.

According to a statement last week by defense attorney Giuseppe Campeis who represents one of the central figures in the inquiry, “chemical” and “microbiological” analyses of sequestered wines have revealed no prohibited substances in the wine.

In reports circulated by Italian media outlets, Friulian investigator Antonio De Nicolo has countered that laboratory analysis of the wines is just one of the elements of his investigation of the alleged adulteration.

He has also claimed that efforts by the defense to delay the examination of the wines may have attenuated the presence of the alleged unauthorized additives.

The parties are scheduled to meet in court today. But trade observers note that the outcome of the inquiry may not be known for years. 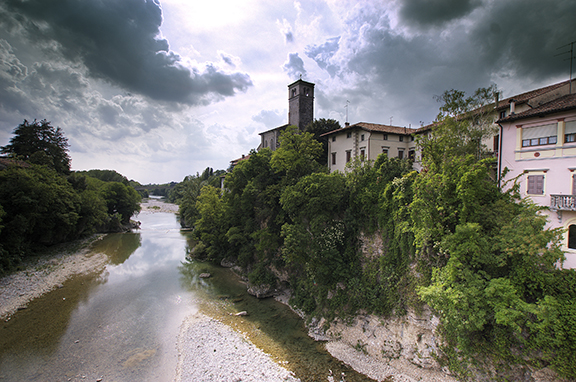 Above: the Natisone river flows through the city of Cividale del Friuli not far from the office of the Consortium of Colli Orientali del Friuli Grape Growers and Winemakers (image via Wikipedia Creative Commons).

#Aligoté with @alice.feiring! The first tasting of @boulderburgundy. See second photo for the flight Alice will be presenting.