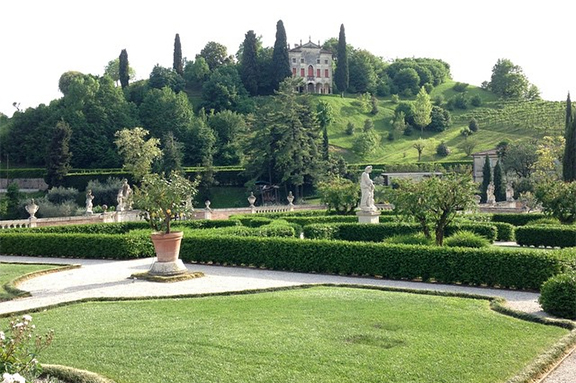 Above: the beauty of Asolo, the “jewel” of the Veneto, is ineffable. You must visit this tiny hamlet to grasp its significance in western aesthetics.

“Asolo, the beautiful place I used to dream about so often in the old days, till at last I saw it again and the dreams stopped.”

These are the words of the great Victorian poet Robert Browning, who nursed a lifelong and instatiable obsession with the hilltop hamlet of Asolo in Treviso province, an hour’s drive from Venice.

Not only did he set a number of his works there, but he also dreamed of recreating “Pippa’s tower” there (from one of his most famous poems, “Pippa Passes”) so that he “could see Venice every day” (on clear days, you can see the bell tower of St. Mark’s with the naked eye).

Browning is just one of the iconic figures of western letters and fine arts who have made Asolo their home since Caterina Cornaro, the Venetian-born queen of Cyprus first brought her court there in the fifteenth century.

Gabriele D’Annunzio, Eleonora Duse, Dame Freya Stark (who died there in her home in 1993)… These are just a handful of names of the countless titans of western culture who have lived there.

So it was only natural that when my good friend Adam Japko asked me to curate the food and wine component of his Design and Wine Italy 2016 Tour that I would make Asolo — the “jewel of the Veneto” and the “pearl of Treviso” — the centerpiece of our itinerary.

After all, the many works there by Renaissance architect Andrea Palladio and 18th-century sculptor Antonio Canova (who was born there) make it the ideal destination for a marriage of design and enogastronomy.

Above: a soup at the Locanda Baggio in Asolo, made with a bean landrace known locally as “gialèt,” a climbing bean, and topped with Treviso radicchio.

On the day of our guided tour of Asolo, we’ll be having lunch at one of my favorite restaurants in Italy, Locanda Baggio, and we’ll be drinking one of my favorite wines, Bele Casel’s Prosecco Col Fondo by my friend and client Luca Ferraro, who will be on hand to talk about organic farming practices in Asolo viticulture.

It’s just one of the stops that I’ve created for the tour (view the full itinerary here).

But there’s a lot more than my wine and food: the design component of the tour is being curated by “Antiques Diva” Toma Haines, who regularly leads design and antiques trips to Italy and beyond.

Adam, a publisher of interior design magazines, Toma, and I will all be on the trip, which opens in Venice.

Registration closes on December 1 and is already filling up. So please have a look. I hope to see you next spring in Italy! 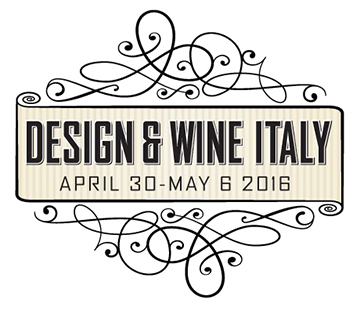 Not bad for a therapy band! What a great way to celebrate the last night of Hanukkah. Thanks to everyone who came out, shared food, opened INSANE bottles, and jammed with us!