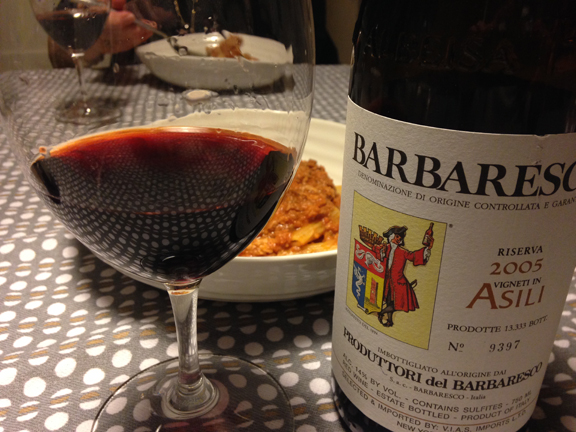 It’s not every day that we get to visit with my older brother Tad, who still lives in the same neighborhood in La Jolla, CA where we grew up.

So when we sat down to dinner last night with Tad and cousins Joanne and Marty, I pulled all the corks: Bele Casel Prosecco Colfòndo, Camossi Franciacorta rosé, Borgo del Tiglio 2011 Collio (blend), and Produttori del Barbaresco 2005 Barbaresco Asili.

The Asili, which I opened about 20 minutes before serving it (I did not decant), was rich and powerful in the glass, with dark red fruit becoming brighter and brighter as the wine aerated. 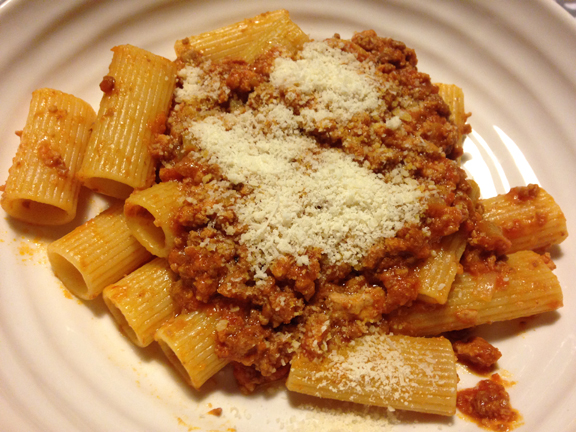 This wine has many years ahead of it but I was pleasantly surprised at how approachable it was after just ten minutes. And even in this warmer vintage for Barbaresco (one of the infamous “American” harvests from the aughts), the acidity in this wine was electric.

It paired beautifully with Tracie P’s ragù (above), which she served over rigatoni.

On a very chilly night in Houston, Asili and the bolognese filled the house with wonderful, cozy aromas. 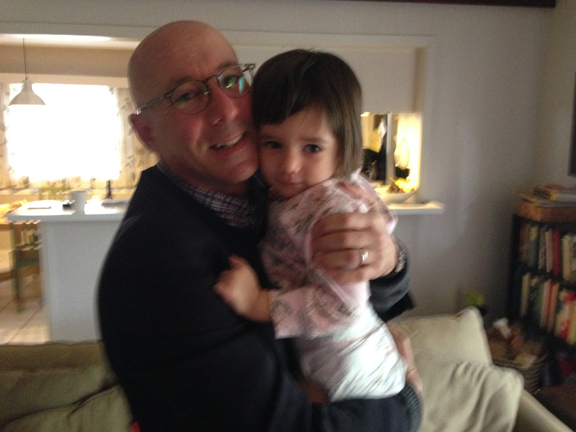 That’s brother Tad with Georgia P this morning after breakfast.

It was such a treat to have him here. He’s on his way to Austin later today and then to southern Texas for work (he’s an education expert and consultant).

And it was such a joy to watch him interact with the girls, who couldn’t quite figure out why he looks so much like their dad!

Thanks again, brother, for being here.

It meant the world to us. Travel safe…